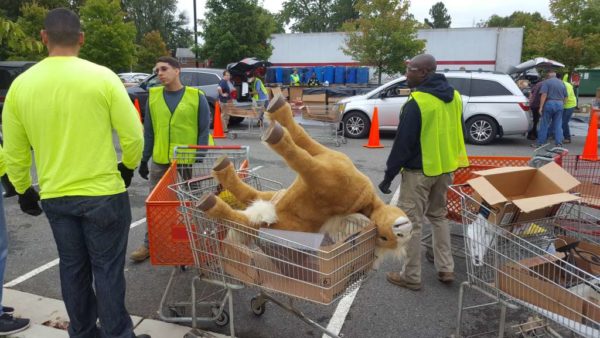 Blue, Yellow Line Delays — A “signal problem” outside of National Airport, the site of weekend track work, caused delays on the Blue and Yellow lines this morning. [Twitter]

Bethesda Has Most Expensive One-Bedroom Apartments — Bethesda has the highest median rents for one-bedroom apartments, at $2,270, according to a new report. “In comparison, D.C.’s typical one-bedroom costs $2,260 per month, while one-bedroom rents in Arlington, Virginia, cost a median of $2,140 per month.” [Curbed]

Remembering Hoover Field — A pair of airports, Hoover Field (later Hoover Airport) and Washington Airport, operated during the 1920s and 1930s on the site of the present day Pentagon reservation. National Airport was opened shortly after both closed down to make way for the Pentagon. [Paul Freeman, Twitter]