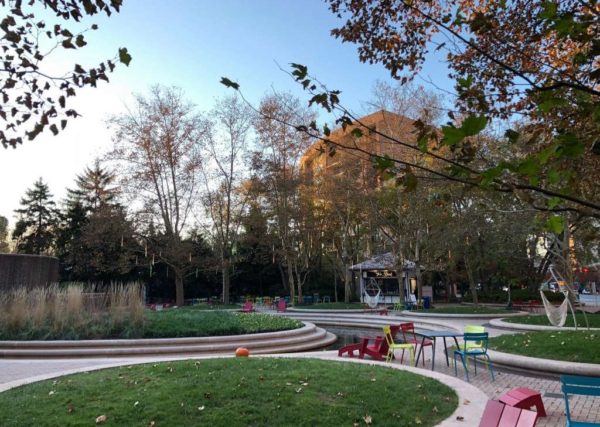 Beyer Blasts GOP Tax Bill — Says Rep. Don Beyer (D-Va.) regarding the tax bill that passed the House yesterday: “I am adamantly opposed to the House Republican tax bill, H.R.1. The bill will raise taxes on millions of middle class Americans in order to fund tax cuts for the wealthy, and yet still manages to explode the deficit.” [Rep. Don Beyer]

Crystal City Scores 320 Jobs — A Georgetown-based nonprofit is moving much of its staff to a new office in Crystal City, leasing 90,000 square feet and adding 320 jobs in Arlington County. The move was announced by Virginia Gov. Terry McAuliffe, who approved a $500,000 state grant to assist Arlington with the project. [Virginia Business, Bisnow]

Dems Seek Ways to Defeat Vihstadt — “John Vihstadt, who in 2014 broke the Democratic stranglehold on the Arlington County Board, is ready to go back to the voters in 2018. And Arlington Democrats already are strategizing on how to oust him from office.” [InsideNova]

Charges Dropped Against ‘Laughing Librarian’ — Arlington librarian and Code Pink activist Desirée Fairooz, who was arrested after laughing during the confirmation hearing of Attorney General Jeff Sessions, has had the case against her dropped by the Justice Department. [American Libraries, NPR]

Incident at Kenmore Middle School — A tipster tells ARLnow.com that a Kenmore Middle School student was arrested yesterday afternoon for assaulting a PE teacher. An Arlington Public Schools spokesman, however, did not confirm that an arrest was made, saying: “There was an incident earlier today between a student and a teacher. Staff is following normal disciplinary procedures. But beyond that, we can’t disclose anymore because it is a student matter.”