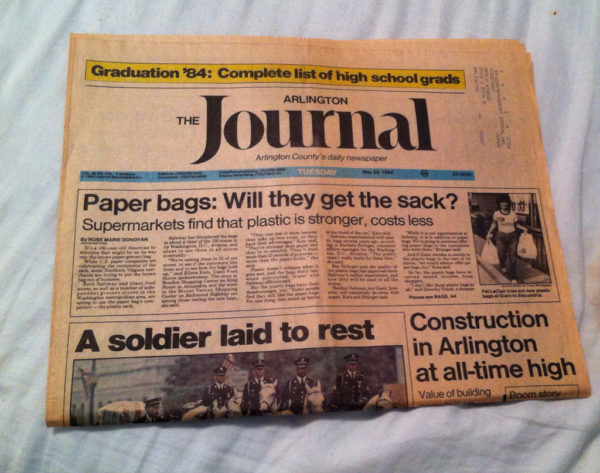 Winner of Marine Corps Marathon Works at 7-Eleven — The winner of this year’s Marine Corps Marathon lives in Nauck and works at an Arlington 7-Eleven store. Desta Beriso Morkama, a 32-year-old Ethiopian immigrant, arrived in the U.S. in September 2016. He has been receiving training and assistance settling into his new Arlington life from a number of local people and groups, including local running coach Jay Jacob Wind. [Falls Church News-Press]

JBG Installing Giant Screens at Central Place — JBG Smith plans to exceed the county-imposed public art requirement at its new Central Place development, thanks to a project that will install giant screens in various places around the apartment and office building. The screens will display moving images, including artwork and nature scenes. [Washington Business Journal]

Hybla Valley = The Next Shirlington? — Fairfax County has big plans for a car-oriented neighborhood south of Alexandria: “The plans also include a 3.1-mile extension of the Yellow Line that would connect the Huntington station to the Hybla Valley section of Richmond Highway, in hopes of creating a pedestrian-friendly urban neighborhood akin to nearby Shirlington.” [Washington Post]