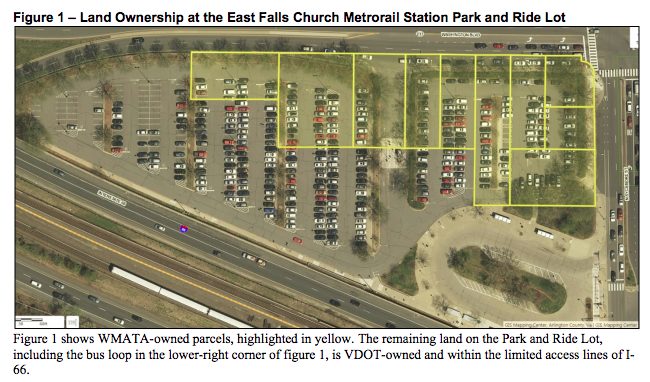 The East Falls Church Metro station could get more bus stops in the future, if the Virginia Department of Transportation agrees to an Arlington County plan.

The Arlington County Board voted unanimously Saturday (December 16) to ask VDOT to redraw a limited access line for I-66 next to the Metro station’s park and ride lot, and make it parallel to the highway.

The highway’s limited access lines restrict uses on some of the land that surrounds it, which is intended to make the highway safer and easier to maintain. The land in question bounded by the line is currently used as a park and ride bus loop. 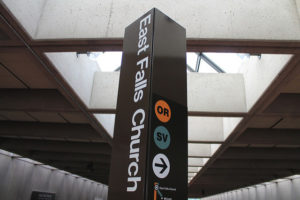 The redrawn lines on VDOT-owned land could free up space at the Metro station for more bus stations.

Metrobus and Fairfax Connector are planning more bus service connecting the station to Seven Corners, while Alexandria is exploring a bus rapid transit service to Tysons Corner, with a stop at the East Falls Church Metro station. Staff said the growth of bus service means this change is necessary.

Because VDOT owns the land, it has the final say on any line shifts.