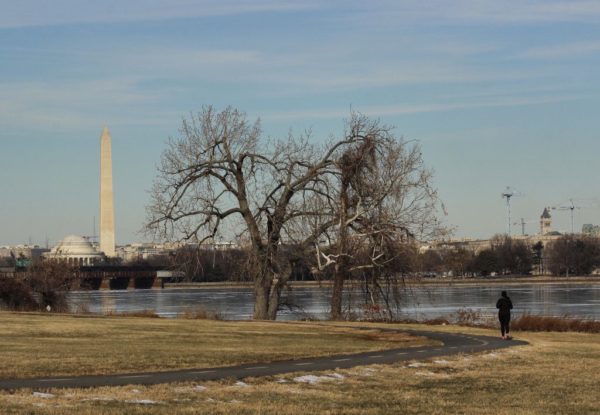 Pentagon Looking into Helicopter Noise Reduction — After pressure from residents who live near the Pentagon, along with Rep. Don Beyer (D-Va.), “FOX 5 has learned the Department of Defense is researching ways to reduce helicopter noise and is ready to hear concerns from… neighboring residents.” [Fox 5]

Caiazzo is New ACDC Chair — The Arlington County Democratic Committee has elected Jill Caiazzo, a lawyer and policy advocate, as its new chair. She succeeds Kip Malinosky, who was lauded at last night’s ACDC meeting for his four years of service as chair. [Blue Virginia, Facebook]

Favola Pushes Highway Name Bill — In an effort to allow Arlington to change the name of its stretch of Jefferson Davis Highway, and perhaps even Lee Highway, state Sen. Barbara Favola “is patroning legislation that would allow any Virginia county, city or town to change the name of any highway in its environs, so long as the original name was put in place prior to 1965.” [InsideNova]

Homeless Shelter Busy During Cold Snap — Some 80 people a night were staying at Arlington’s homeless shelter in Courthouse during the recent extended blast of frigid temperatures. The shelter, which relocated to an office building next to Arlington police headquarters in 2015, can accommodate up to 90 people during sub-freezing weather. [Arlington Connection]

History of the Sun Gazette — In his latest column, “Our Man in Arlington” Charlie Clark recounts the history of Arlington’s Sun Gazette newspaper. [Falls Church News-Press]