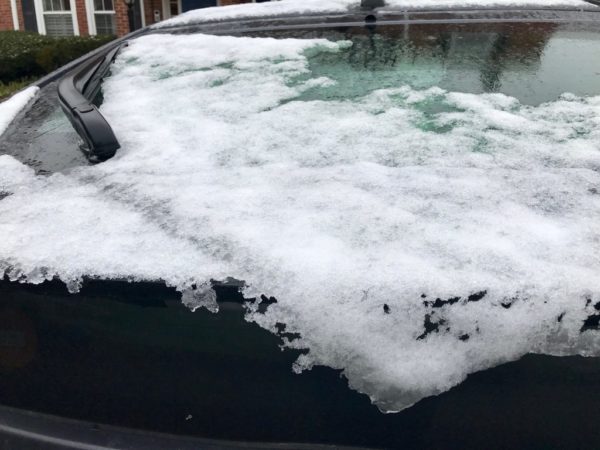 Metro Starts Selling Merch — Despite its reliability issues and subsequent image problem, Metro has launched a new line of clothing and gifts, sold online and at a new gift store at Metro Center. The reaction to the merchandise has been mixed. [WMATA, NBC Washington]

General Assembly Passes Car Seat Bill — “Today, the Virginia General Assembly passed House Bill 708… which would change the commonwealth’s law to require that child safety seats remain rear facing until the age of two, or the child reaches the minimum weight limit for a forward-facing child restraint device as prescribed by the manufacturer of the device. The bill is now on its way to Governor Northam’s office for his signature. If signed, the new law would become effective July 1, 2019.” [AAA Mid-Atlantic]

More Restaurants Considering Ballston Quarter — Fresh off the announcement that Ted’s Bulletin was coming to Ballston Quarter, the owners of trendy D.C. spots Himitsu and Gravitas are said to be considering opening up eateries at the mall. Also in the works: a donut shop, an arepas stand, an oyster bar, and a barbecue joint. [Washington Business Journal]

Nearby: Gun Reform Discussion — Fred Guttenberg, father of one of the Parkland, Florida high school shooting victims, will speak at an event called “A Conversation About Gun Safety And The Safety Of American Schools” at T.C. Williams High School in Alexandria tonight. Rep. Don Beyer (D-Va.) is hosting the event, which will discuss “actions we can take to ensure no other parent has to experience this kind of trauma.” [Eventbrite]