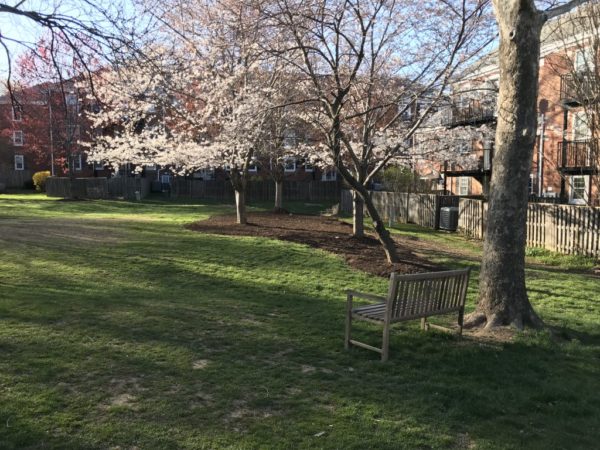 Arlington Woman Killed in Freak Accident — Anne Viviani, an Arlington resident and world class triathlete, was killed when the car she was a passenger in struck a deer on I-85 in South Carolina Monday morning. Viviani, 68, was pronounced dead at the scene. [Greenville News]

Arlington Man Killed in Fiery Crash — A 32-year-old Arlington man, Antwuan Barnes, was killed early Sunday in Martinsburg, W. Va. Police say the driver of a car in which he was passenger tried to take a turn too fast and slid into a tree, shearing the vehicle in two and causing it to burst into flames. [Martinsburg Journal, MetroNews]

Fairlington Condo Association Rolls Out Trash Cans — The Fairlington Villages condo association has rolled out dozens of large black trash bins for residents to deposit their garbage. The move follows a series of raccoon attacks in north Fairlington and is intended to discourage the nocturnal critters from taking up residence. Following the roll out, the association suspended its raccoon trapping campaign. [Fairlington Villages]

Crystal City Building Wraps, Explained — Washington Post columnist John Kelly has an explanation for why property owner JBG Smith commissioned a series of four colorful building wraps to spruce up some of its older office buildings in Crystal City. Not mentioned in the article: that the neighborhood is a top contender for Amazon’s HQ2. [Washington Post]

Thousands Ticketed for Driving Slow in Left Lane — “Thousands of people have been fined since Virginia implemented a law setting penalties for driving too slowly in the left lane of a highway… from July 1, 2017, through April 3, more than 16,000 people were cited under various portions of the law.” [NBC Washington]