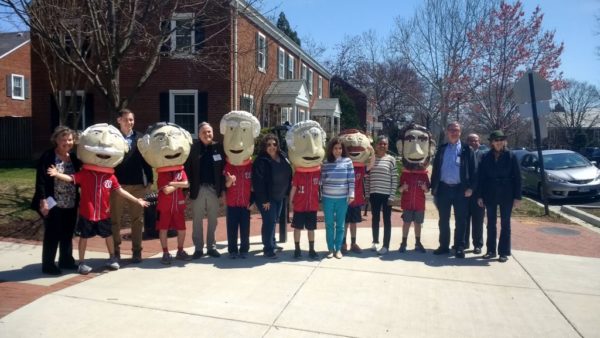 Flooding Closes Roads, Prompts Warning — Updated at 8:45 a.m. — Many Arlington residents may be bleary-eyed this morning after being woken up twice overnight: once by thunder, and another time by a Flash Flood Warning that sounded on many phones. Heavy rain caused flooding that prompted the temporary closure of I-66 in Arlington and the HOV lanes of I-395 just before the 14th Street Bridge. A Flood Warning remains in effect until 11:45 a.m. as additional rain is expected this morning. [Twitter, Twitter, Twitter]

County Employee Recognized for Preventing Abuse — “Cheryl Fuentes, who has been working in the Arlington County government for more than a quarter-century changing the lives of parents and children, was honored as Arlington’s 2018 ‘Ally in Prevention’ by Stop Child Abuse Now (SCAN) of Northern Virginia.” [InsideNova]

ACPD to Hold Award Ceremony — “The Arlington County Police Department will hold its annual Principles of Government Service Awards (PGSA) Ceremony on Monday, May 7, 2018, at Kenmore Middle School, 200 S. Carlin Springs Road, at 7 p.m. The ceremony recognizes the achievements of police personnel in service to the community and highlights the Department’s dedicated pledge of duty, honor and commitment.” [Arlington County]