Update at 2:25 p.m. — Forecasters warn that a derecho is possible tonight. The last such wind event to hit the region caused significant damage on June 29, 2012. 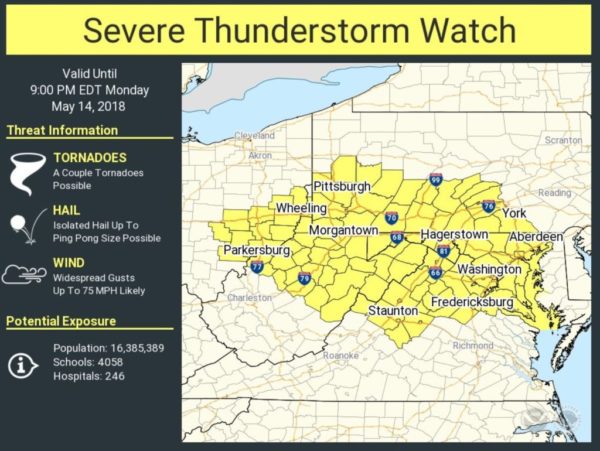 Earlier: Arlington County and much of the D.C. region is under a Severe Thunderstorm Watch today.

#WeatherAlert: Much of Northern Virginia is under a SLIGHT RISK for severe storms this afternoon. This image from our high-res forecast model shows the potential for a severe line of storms reaching I-95 between 6-7pm. Stay with @NBCWashington for updates. pic.twitter.com/xIaZNqNLvU

Here is area covered by severe t'storm watch thru 9p and our severe storm dashboard. We think the immediate metro has highest chance of storms between 6-8p. Details/discussion: https://t.co/CgxFbB265t pic.twitter.com/fkxJpT55Bd