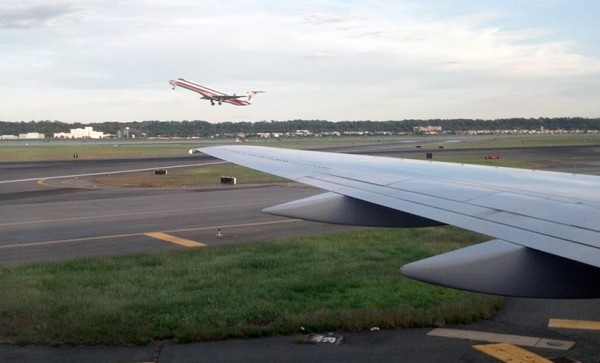 (Updated at 11:45 a.m) Arlington is teaming up with some of its neighbors to the north to somehow find a solution to the persistent problem of aircraft noise generated by Reagan National Airport.

County Board members Libby Garvey and John Vihstadt announced last Friday (June 1) that Arlington and Montgomery County, Maryland have agreed to both chip in funds for a consultant to study the issue starting this year.

The Board members wrote in an email that the study’s goal is “to quantify the noise impacts on our community, to determine what specifically is driving the increase in those impacts in recent years and to identify and evaluate all actions that could reasonably be taken to reduce and mitigate them.”

“Despite what look like promising recommendations for operations south of the airport, the fact remains that we do not appear to be any closer to a solution today for those communities north of the airport than we were when this effort was initiated,” Garvey and Vihstadt wrote. “It is our hope that this study will result in concrete recommendations to achieve the county’s and the region’s goal of reducing aircraft noise where possible and to equitably share it where necessary.”

County leaders have been wrestling with the issue of aircraft noise for years now, particularly as National recorded a spike in air traffic in recent years. Nearby residents have become particularly perturbed by the noise as the airport adjusted flight patterns in accordance with the Federal Aviation Administration’s “NextGen” modernization initiative for the air traffic system in 2014.

“We continue to hear loud and clear from our residents that the noise impacts have worsened significantly since this action and have had a substantial negative impact on their quality of life,” Garvey and Vihstadt wrote.

Arlington and Montgomery County residents are not the only ones grappling with the issue. Some residential portions of Northwest D.C. have encountered an increase in noise since NextGen was implemented a few years ago, leading one District resident to file thousands of noise complaints over the course of one year.

The county has worked with the FAA on the issue since October 2015, through the “DCA Community Working Group,” and the Board members say they’ll send the results of this new study to that group once it’s wrapped up. They plan to update the community on a timetable for the study in the comings weeks, and work is set to kick off with the start of the new fiscal year on July 1.