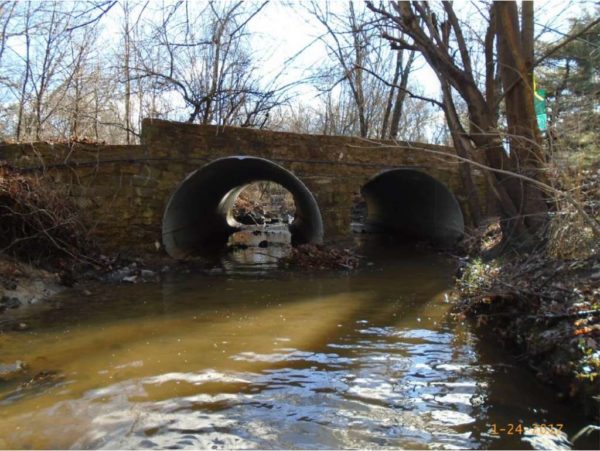 The Van Buren Bridge near the East Falls Church Metro station is back open after months of renovation work, complete with a new walkway for cyclists and pedestrians.

The city of Falls Church had been working since last fall to repair and widen the bridge, located near where N. Van Buren Street intersects with 18th Street N. and running over Benjamin Banneker Park.

The bridge previously lacked a sidewalk of any kind, forcing pedestrians into the roadway. Accordingly, the $300,000 construction project won some regional transportation funding for its potential to provide a smoother connection for people looking to reach the nearby Metro station with the new 12-f00t walkway.

With the W&OD Trail close by as well, planners also envision the bridge improving conditions for cyclists in the area.

The project’s conclusion also marks the end to detours on N. Van Buren Street, which previously routed drivers onto nearby roads like 19th Street N. and N. Sycamore Street.