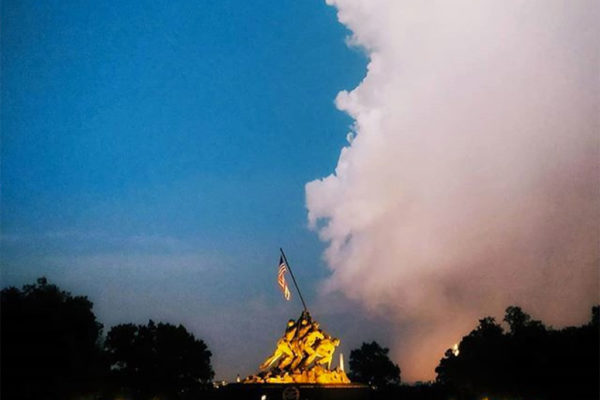 Progress on Child Care Initiative — “The county government’s child-care initiative has been under way for a little over a year, focusing in large part on the existing barriers to increasing the supply of day-care providers in the county. Hurdles run the gamut from zoning and parking issues to qualifications and pay of teachers and other staff… Using the most recent data available, county officials estimate there were about 13,500 children under age 5 in Arlington in 2015, but only about half that number of available slots in day care.” [InsideNova]

White Supremacist Train Runs Through Arlington — A small group of white supremacists rode Metro from the Vienna station, through Arlington, before arriving in D.C. for a rally. Police tried to keep the group separated from a much larger group of anti-hate protesters, prompting some complaints about the white supremacists having their own “private” Metrorail car, though a reporter was able to board their train car at Clarendon without issue. [Twitter, Twitter]

W&OD Railroad Stopped Running 50 Years Ago — The Washington & Old Dominion Railroad stopped running 50 years ago this month, after 130 years of service. The former rail line was later acquired by the regional park authority and converted into the current W&OD Trail, which runs from Arlington to rural Loudoun County. [InsideNova]

Reminder: Major Metro Work — “Starting Saturday (Aug. 11) and running through Aug. 26, Metro will shut down the Blue Line completely starting at the Arlington Cemetery station, and single-track between the McPherson Square and Smithsonian stations. Officials expect that will result in 20-minute headways on the Orange and Silver lines ‘at all times,’ and it’s urging riders to ‘only use Metrorail if you have no other option.'” [ARLnow, Twitter]