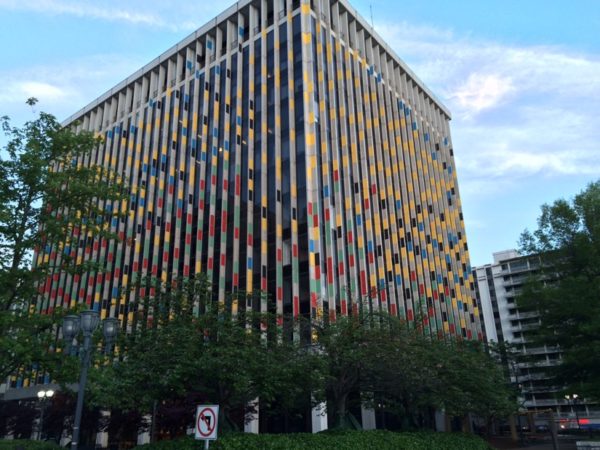 Crystal City has convinced more businesses to move to the area from elsewhere in the D.C. region than any other neighborhood since 2014, according to new research.

New data compiled by the commercial real estate consulting firm Jones Lang LaSalle shows that Crystal City has convinced a total of 32 office tenants to move to the area over the last four years, including 20 previously based in D.C. and the remaining 12 from other parts of Northern Virginia.

The Rosslyn-Ballston corridor wasn’t far behind, luring a total of 28 businesses to relocate, with 21 from D.C. and seven from Northern Virginia, the firm found. In all, the two Arlington neighborhoods far outpaced other contenders like Tysons Corner or Old Town Alexandria, winning a combined 60 of the 113 commercial office tenants to move around the D.C. region since 2014. Even still, the corridor and Crystal City alike have grappled with persistently high office vacancy rates over the last few years, squeezing the county’s coffers. 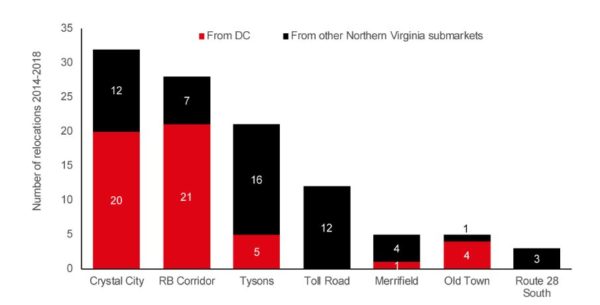 Rob Sapunor, JLL’s senior research analyst for Northern Virginia, found that Crystal City won a total of 580,174 square feet of new tenants over the last few years, with 367,597 square feet worth of businesses coming from D.C. alone. Of those companies to make the jump, he found that five were nonprofits and 11 were professional associations.

He noted that three buildings earned the bulk of those new tenants — 1400 Crystal Drive, the Presidential Tower at 2511 Jefferson Davis Highway, and 251 18th Street S. The analyst attributed Crystal City’s relatively low rent prices to helping lure businesses out of D.C., predicting that it will “continue the trend of cost-conscious tenants exploring this market.”

“Among tenant types, no one particular industry dominates, a sign of the corridor’s shift away from a heavy reliance on government agencies and contractors,” he wrote. “New tenants include tech, media, lobbying, education, consulting and nonprofit.”

He predicts that the area will remain an “attractive market” for businesses looking for “monument views,” but he also expects competition from elsewhere in Northern Virginia to ramp up in the coming years. In particular, he foresees Tysons and even Loudoun County becoming more formidable competitors for businesses moving out of D.C. as Metro wraps up some of its long-awaited expansion work.

“As the market increasingly becomes increasingly transit-accessible with Phase 2 of the Silver Line opening in 2020, migrations within Northern Virginia will favor on-Metro relocations,” Sapunor wrote.