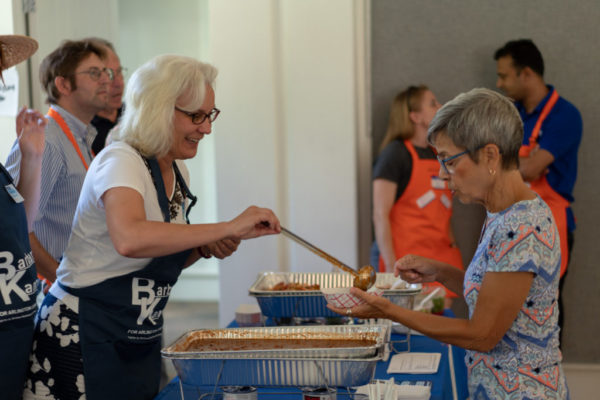 HQ2 Odds Ever in Our Favor — Business Insider says it has “long seen the evidence pointing to the DC area” as the eventual destination for Amazon’s second headquarters. Online betting odds, meanwhile, favor Northern Virginia, and ARLnow.com hears that Crystal City is the far and away the most likely Northern Virginia locale for HQ2. [Business Insider]

High School Football Season Underway — “For the second straight season, but this year at a different venue, the Wakefield Warriors opened their high-school football campaign with a victory over the Washington-Lee Generals.” Yorktown, meanwhile, gave up a lead and lost to Wilson 37-29. [InsideNova]

McCain and Vietnam Vets Calls Nam Viet Home — A group of Vietnam War veterans, including the late Sen. John McCain, who was laid to rest over the weekend, regularly met up at Nam Viet restaurant in Clarendon. [Cronkite News]

First Day of School Reminder — Today is the first day of school for Arlington Public Schools and the school system is reminding residents that passing a school bus with its stop arm out is a traffic infraction punishable by a $250 fine. Police, meanwhile, are participating in a back-to-school safety campaign that includes extra enforcement of such traffic laws. [Twitter, Arlington County]

School Board: Don’t Go Over Building Budget — “Should Arlington Public Schools hold firm, no matter what, to budgets on upcoming construction projects? Or allow a little maneuvering room, if the opportunity arises, in an effort to get more bang for their buck? That question played out again Aug. 30, as School Board members split 3-2 in directing an advisory body to not even think about returning with a plan that exceeds the $37 million budget for turning the Arlington Education Center’s administrative offices into classroom space.” [InsideNova]

Police Prepare for Plane Pull — “The public is invited to cheer on the Arlington Police and Sheriff Team during the Plane Pull at Dulles Airport on Saturday, September 15, 2018.” [Arlington County]