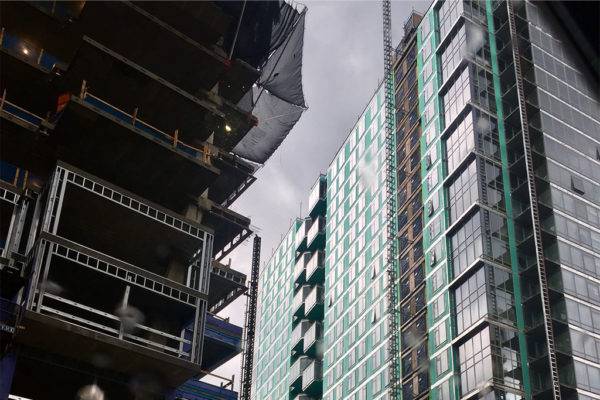 Ballston Mall LED Screens Nixed — Developer Forest City is, for now, withdrawing a request to install two large, high-definition LED video screens above the main entrance to its still under-construction Ballston Quarter mall. The screens do not comply with Arlington zoning rules. Attorneys for Forest City say they are still hoping that the County Board will eventually amend the zoning ordinance to allow such screens. [Washington Business Journal]

Free ART Bus Rides Thursday — “Think there’s no such thing as a free ride? Not if you take the bus in Arlington, Virginia, and you’re traveling on Sept. 20. Arlington Transit is letting passengers ride free Sept. 20 as a way to celebrate the transit agency’s 20th anniversary.” [WTOP]

Celebrating Community and Elders in Nauck — “Celebrating the lives and achievements of the community’s elders was a centerpiece of the 2018 Nauck Civic & Community Pride Day, which brought food, music and fellowship to Drew Model School on Sept. 15. Four community residents who had reached, or were set to reach, the centennial mark – Elizabeth Cole, Novella Cummings, Mary Lockett and Thelma Russell – were honored by the Nauck Civic Association.” [InsideNova]

Critic Praises Shirlington’s Signature — “The Tony Award-winning Signature Theatre — the Arlington troupe known for musicals — shapes up as my favorite D.C. company. I’m not saying Signature is hands-down the best theater in Washington… But Signature showcases a lot of assets, from its singular glam factor to plain old ease of use.” [Washington Post]

Late Night Storms — Thunderstorms that rumbled through Arlington around midnight last night brought a period of frequent lightning and thunder that set off car alarms and awakened some residents from their sleep. [Twitter, Twitter]