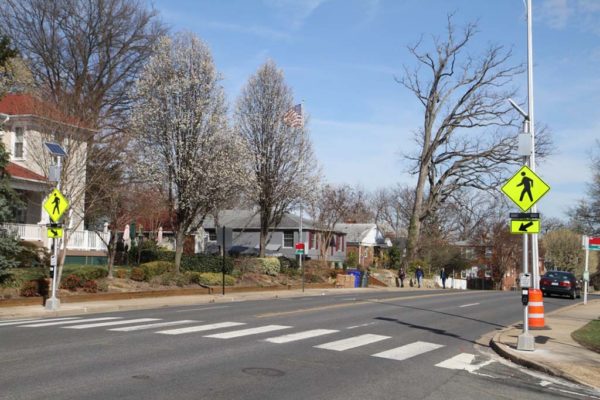 A new group set to study potential reforms for the county’s “Neighborhood Conservation” program will soon start its work, with the broad goal of evaluating the program’s efficacy after it endured some deep cuts this year.

The county is now recruiting members for a working group on the subject, after staff sketched out their plans for the new committee to the County Board last Tuesday (Sept. 25).

The program, which lets communities lobby for money to complete modest improvement projects like new sidewalks or landscaping, has earned its fair share of critics over the years. Projects funded through the program have often been plagued by cost overruns, and the pace of its evaluation process has slowed dramatically, leading to some calls to end the program in its entirety.

The Board even slashed $23 million from its budget when setting a new Capital Improvement Plan in July, in order to cope with an increasingly challenging budget picture. The program’s supporters argued that amounted to effectively killing Neighborhood Conservation by starving it of funding.

But, in a concession to its backers, the Board also agreed to a year-long study of how the program is working to see how it might be reformed or otherwise reconstituted.

A draft charge for the working group presented to the Board calls for it to examine a variety of questions, with one more important than most: “are the goals and objectives of the NC program still valid in today’s environment, and are they being achieved?”

County Manager Mark Schwartz is planning on appointing one community member and a staffer from the county’s planning department to co-chair the group. Then, the rest of the group will include members from the following:

The group will also include two “at-large” members from the community.

The new group’s charge also calls for it to examine the cause of “unanticipated cost increases” for Neighborhood Conservation projects, which are often triggered by “unforeseen needs to address failing infrastructure incidental to the scope and implementation” of the projects.

The committee is also set to study whether the program’s funding is distributed “equitably” to projects around the county. A frequent criticism leveled at the program is that wealthier, older communities tended to benefit the most, as the process of lobbying for a project’s inclusion in the program could be quite time consuming, and most accessible to people already highly involved in civic life.

“Some parts of the county are way more involved and they communicate a lot more readily than others,” Board member Libby Garvey said. “There are a lot of voices we don’t hear, and they might live in communities that have a real need, but we don’t hear from them for a variety of reasons.”

That’s why county planner Anthony Fusarelli assured the Board that “we want to make sure the perspectives brought to bear in this effort are diverse and capture those viewpoints.”

Fusarelli added that the group will likely begin meeting by December, with plans to deliver a final report to the Board in the fall or winter of 2019.

As for projects already in the queue for Neighborhood Conservation funding, Schwartz says the county fully plans to move ahead in working on those in the meantime.

“We’ll reassess that, probably about a year from now, to see if adjustments need to be made,” Schwartz said.