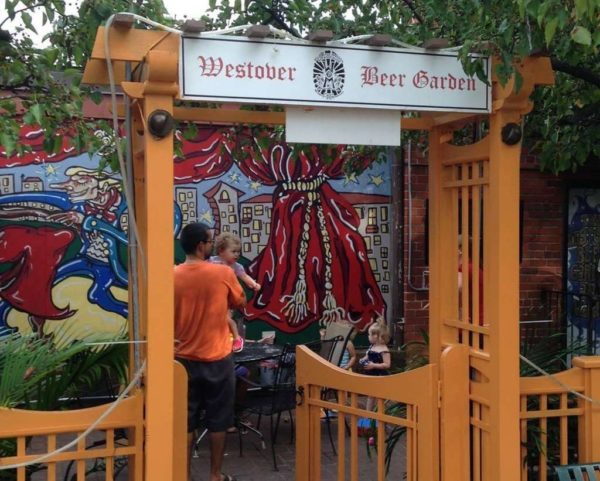 Arlington officials could soon tell the Westover Beer Garden to turn down the volume, with a new round of bickering over live music at the restaurant set to go before the County Board this weekend.

County staff believe musicians at the Westover Market and Beer Garden, located at 5863 Washington Blvd, have gotten a bit too loud on Friday and Saturday nights in recent weeks. With the restaurant’s live music permit up for review once more, they’re recommending that the Board restrict the beer garden from offering any “amplified music” at its outdoor patio for the foreseeable future.

Staff argue in a report prepared for the Board that doing so would “mitigate noise impacts on the surrounding neighborhood,” but add that the beer garden’s owners disagree with that characterization.

This is far from the first dispute over the restaurant’s outdoor seating area, which has frequently attracted scrutiny from county zoning officials. Arlington even briefly barred the beer garden from welcoming live music outdoors in 2010, before lifting its ban a few years later.

Yet, over the last few months, staff wrote that zoning officials warned the restaurant that music was exceeding the agreed-upon decibel limits for the outdoor space. They added that several neighbors had called police to complain about the noise, particularly in June, though those calls all came in before 9 p.m., the time limit imposed by county permits for the beer garden to cut off loud music.

The staff report added that some neighbors have already contacted the county to support the restaurant, reasoning that a ban on amplified music would be “a more balanced approach than revoking the use permit completely.” Westover would still be allowed to offer live, un-amplified music both indoors and outdoors under the terms of the proposed permit arrangement.

The Board is set to review this matter at its meeting Saturday (Oct. 20).