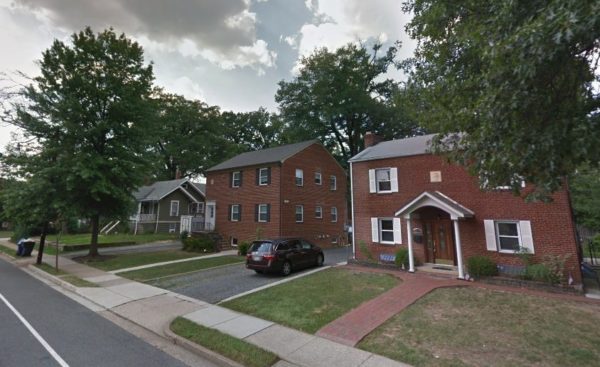 Arlington could soon make it easier for owners of older duplexes and townhomes to renovate the buildings or tack on additions.

Plenty of Arlington homeowners looking to make a change to a home built before the 1940s have encountered a vexing conundrum in the county’s zoning ordinance; the building could well be deemed “nonconforming” with Arlington’s zoning rules, as it wasn’t built to match the standards the county’s been using since 1942. That means any sort of renovation or addition to the home would require extensive county review, and could ultimately be prohibited, restrictions that have persistently frustrated property owners over the years.

But the County Board is weighing a change to loosen some of those restrictions on two-family homes in some sections of the county.

Not only could the change result in less headaches for homeowners, but county staff expect it would help preserve more affordable housing around Arlington, a key conundrum officials have looked to address in recent years.

“Staff finds that the proposed amendments… allow for reinvestment in existing housing stock that contributes to the overall diversity of housing countywide,” staffers wrote in a report prepared for the Board ahead of its meeting this weekend. “These proposed changes are intended to remove zoning barriers that have existed for decades that limit the type of reinvestment and renovation activities for nearly all of the county’s supply of two-family, and some one-family, dwellings.”

County staff estimate that the change, targeted at homes zoned “R2-7,” would affect as many as 1,488 structures around the county, giving those homeowners the chance to make a range of changes “by right” instead of pursuing county approval first.

Staff noted that the Board of Zoning Appeals, which hears requests from the owners of nonconforming homes, has reviewed 12 cases involving “R2-7” homes over the last two years alone. In all, they believe the bulk of such homes are concentrated “along Lee Highway, Columbia Pike, Wilson Boulevard, and in Nauck.”

The county also doesn’t expect that these “proposed amendments will significantly alter existing neighborhood character where these one- and two-family dwellings occur,” a fear frequently cited by zoning officials reviewing previous cases.

Staff added that the county will “consider opportunities to encourage development of new, two-family dwellings” in the future, noting that officials could someday commence a more detailed study of “missing middle” housing in the county, or homes falling in the price range between affordable housing and luxury apartments.

The county’s ongoing review of “housing conservation districts” to promote the preservation, and perhaps redevelopment, of older apartments and duplexes will also offer more clarity on the matter in the coming months.

The Board will take up these zoning changes at its meeting Saturday (Oct. 20).