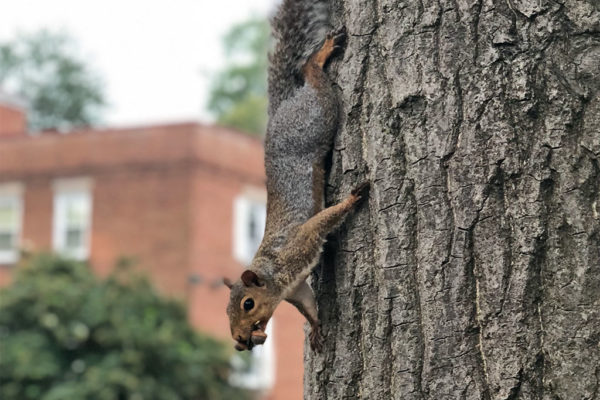 MCM This Weekend — The Marine Corps Marathon is taking place Sunday morning, shutting down a bunch of streets around Arlington. Many of the street closures will be centered around Crystal City, a favorite gathering spot for spectators who root on runners on the final leg of the race, and Rosslyn, which hosts the starting miles of the race and its Finish Festival.

Candidates Weigh in on LGBT Center — “Wonderful in theory, but perhaps impractical in the current economic environment. That’s the Cliff’s Notes version of the response of the two Arlington County Board candidates to a calls for creation of a local community center specifically geared toward the county’s LGBT community.” [InsideNova]

Storm Approaches — “Here comes our nor’easter. Rain starts today and it’ll last into early tomorrow. It may amount to nearly two inches in some spots. Our weather turns windy tonight and perhaps much of tomorrow, when we could see some late-day clearing. Luckily for Sunday’s Marine Corps Marathon, shower chances are low.” [Washington Post]

Local GOP Getting Jump on Recruitment — “In recent years, the [GOP] has not only not been competitive in Arlington races, but at the local level often fails to field candidates at all. Presswood, who has been party chairman for almost three years, has worked hard to try and reverse that trend.” [InsideNova]