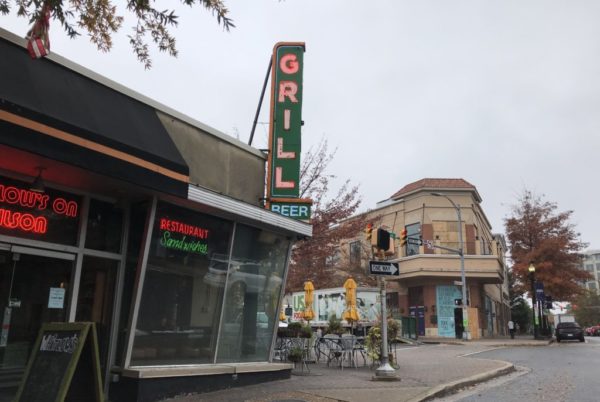 Polls Are Open — Voting in Arlington started at 6 a.m. this morning and will continue until 7 p.m. Don’t be surprised to see TV crews at local polling places: a number of international news outlets will be on hand to document democracy in action in Arlington. [Twitter, Twitter]

HQ2 Driving Real Estate Interest — Real estate agents are seeing increased interest in Arlington and Alexandria as a result of the increasingly-likely prospect of Amazon’s HQ2 (or, at least, a portion of it) coming to the area. Crystal City residents, meanwhile, are both excited and apprehensive about the tech and e-commerce giant moving into the neighborhood. [Washington Business Journal, WJLA]

Green Valley Pharmacy May Reopen — The Green Valley Pharmacy, a long-time local business serving the Nauck community, may be revived by the family of its late founder, Leonard “Doc” Muse. “”We [hope] to restore the exterior to the way it looked when my grandfather opened it in the 1950s,” said Muse’s grandson. [Arlington Magazine]