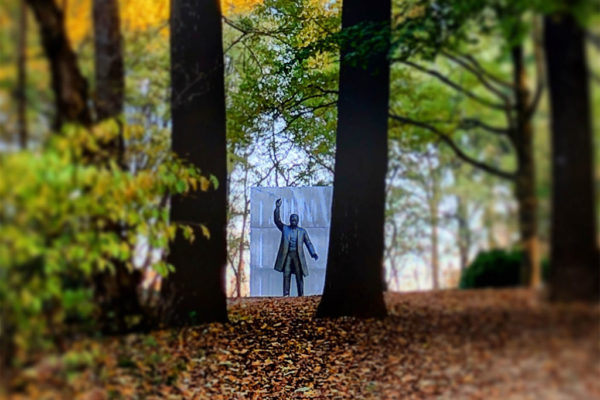 Rare, Tropical Dragonfly Spotted in Arlington — “There was quite the discovery at this year’s Bioblitz in Glencarlyn Park. After a photo posted on the crowd-sourcing tracker, iNaturalist, started to spark a lot of interest… the consensus was that what had been photographed was a Great Pondhawk Dragonfly (Erythemis vesiculosa).” [Arlington County]

Frost Fest Rescheduled — Frost Fest at Pentagon Row, originally planned for Saturday, has been rescheduled due to expected rainy weather. It will now take place this Sunday from 4-7 p.m. [Twitter]

County to Open Garages During Snowstorms — “If a big winter storm – or two, or three – hits the region in coming months, Arlington residents will be able to leave their cars safe and sound in county-owned garages for the duration. It’s all part of an effort to keep residential streets as free of vehicles as possible so snow-plow operators can do their job.” [InsideNova]

Portion of W&OD Trail to Get Separate Lanes — “A major 1.2-mile stretch of the W&OD Trail bike path that traverses the City of Falls Church… will soon be enhanced with the benefit of $3.2 million from the Northern Virginia Transportation Authority and turned into a dual path — one for bikes and the other for pedestrians.” [Falls Church News-Press]

Amazon News Roundup — Virginia economic development officials say they have “accounted for a host of risks that might arise related to Amazon, from a shift in direction for the company to antitrust litigation.” The Arlington Civic Federation “will host a discussion of the proposed Amazon economic-incentive package at its monthly meeting, to be held on Tuesday, Dec. 11 at 7 p.m. at Virginia Hospital Center.” Arlington County’s building and permitting staff “won’t be doing anything out of the ordinary to accommodate Amazon, such as fast-tracking, a common incentive offered to big economic development prizes.” And, in a new report on the oft-reported subject, “Amazon’s Northern Virginia headquarters could exacerbate existing economic disparities.”