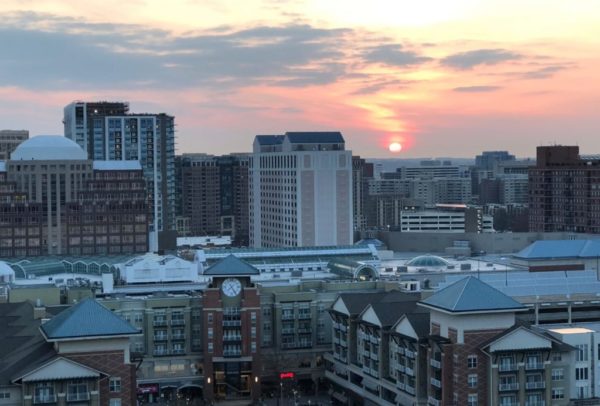 Arrest Made in Rosslyn Stabbing — “Police identified the [stabbing] suspect as Isiah Hill, 61, of Washington D.C. and obtained warrants for Aggravated Malicious Wounding and Abduction. At approximately 2:15 p.m. on December 12, the U.S. Marshals Service, with the assistance of the Arlington County Police Department, took the suspect into custody in Washington, D.C.” [Arlington County]

Isabella Restaurants File for Chapter 7 Bankruptcy — Embattled chef Mike Isabella’s restaurant group has filed for Chapter 7 bankruptcy liquidation. Barring a last-minute rescue, most of his restaurants, including Pepita, Yona, and Kapnos Taverna in Ballston, are likely to close by Dec. 27. [Washingtonian]

Home Sales Still Down in Arlington — “A total of 198 properties went to closing across the county in November… That’s down nearly 22 percent from a year before, coming on top of a 13-percent year-over-year drop in October sales. But year-over-year average sales prices were stable in two of the three segments of the market.” [InsideNova]

Another Big Metro Shutdown Planned — “Next summer’s shutdown of the Blue and Yellow lines south of Reagan National Airport will run from May 25 through Sept. 2, 2019. Additional Blue Line single-tracking between Van Dorn Street and Franconia-Springfield is planned from Sept. 3 through Sept. 29.” [WTOP]

Video: Dogs and Santa in Shirlington — “About 100 dogs got their pictures taken with Santa Claus by a professional pet photographer at Dogma Gourmet Dog Bakery and Boutique in Arlington, Virginia. From large Golden Retrievers to pint-sized Chihuahuas, the pups were dressed for the holidays.” [Voice of America]