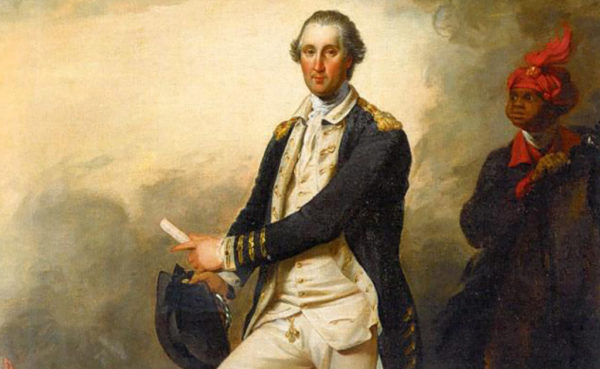 Arlington’s School Board is set to pick a new name for Washington-Lee High School next week, putting an end to the simmering debate over how to best strip Robert E. Lee’s name from the building.

The Board voted in June to remove the Confederate general’s name from the school’s moniker, kicking off months of squabbling over potential new names and even a failed lawsuit seeking to block the change. A renaming committee has recommended “Washington-Loving” to honor the Virginia couple who successfully challenged the state’s ban on interracial marriage, while “Washington-Liberty” earned the support of some committee members as a secondary recommendation.

Others still supported swapping in one Lee for another, particularly William Lee, George Washington’s enslaved manservant. The following letter to the editor comes from a coalition of W-L alumni, former faculty members and even one of the original four black students to integrate the school in support of that option.

The letter writers argue that the Board should delay its vote on Thursday (Jan. 10), and pursue a more “unifying solution” than its current options.

A school that figures so prominently in Arlington’s history deserves a name that will inspire an understanding of our nation’s complex past and how it can move us forward. The clumsy attempts to retain the school’s nickname with the current Washington-Loving and Washington-Liberty proposals, however well-intentioned, do not meet that high standard. The name William Lee best “aligns with or reflects the APS mission, vision, and core values and beliefs” as stated in Policy F-6.1 Naming of Facilities.

William Lee, who served alongside Washington throughout the Revolutionary War, has long represented the contributions of the country’s “neglected patriots,” enslaved African Americans who fought in the Revolutionary War for their country and their own personal freedom. These patriots and heroes will soon be honored by the National Liberty Memorial on the National Mall in Washington, D.C. Congress has approved a location for the memorial which, poetically, could be the last site on the Mall across from the Washington Monument. Their contributions, previously shunned, are among the most important in our nation’s history. Moreover, because of the intimate connection between the two men, Lee’s influence on Washington, his abhorrence of slavery, and our country’s founding are of profound importance. A newly renamed W-L could be a powerful impetus that redefines history and imbues our diverse community with a common purpose and pride.

Unfortunately William Lee had not been properly considered by the committee due to historical inaccuracies in its brief biography of his life and an incomplete assessment of his legacy. Regarding Mildred Loving, there are serious questions over how she viewed her own black heritage. While it is laudable a member of the Arlington Historical Society was appointed to the committee, historians and other experts should have been consulted as history is often more complex than it appears on the surface. Moreover, the significant number of resignations from within the committee further cloud the process. As the legacy of a school and county hangs in the balance, it is critically apparent that the five finalist namesakes need to be more thoroughly researched.

With a postponement of the Jan. 10 vote on a new name, the School Board could rectify these fundamental shortcomings. Moreover an extension would help build a bridge to alumni who have felt sidelined throughout the entire renaming process, which has lacked the transparency and public discourse typical of the Arlington Way. Hopefully, William Lee would then be fairly vetted by all stakeholders and the School Board. Alternatively, since Lee is one of the five finalist names chosen by the committee, the Board could opt to choose among all of those names on Jan. 10. Notably, many alumni who had been divided over the name change are now embracing the William Lee name as the school’s best opportunity to educate and inspire future generations of students.

The process is an understandably difficult one, made more painful by missteps that could have been avoided. We feel without reservation that the name Washington-Lee High School in honor of William Lee would be the most unifying solution, and one that will likely ensure continued alumni support that has been invaluable over the past 90-plus years. Most importantly, the school would have a dignified name and inspiring new namesake with an unmistakable connection to one of our country’s earliest African American heroes who helps us to better understand Washington and his extraordinary nature.

We are a group of alumni, alumni faculty, and stakeholders. Many of us have contributed to local civic and cultural affairs over the years and devoted thousands of hours to support the excellent educational opportunities at Washington-Lee and APS. Our names are listed in no particular order. Bill Sharbaugh was the principal of Washington-Lee High School from 1976-1999. Maurice Barboza is CEO of the National Mall Liberty Fund, a non-profit that supports the establishment of a memorial to African American contributions to liberty during the Revolutionary War. Charles Augins is one of the four students who integrated Washington-Lee in September, 1959.