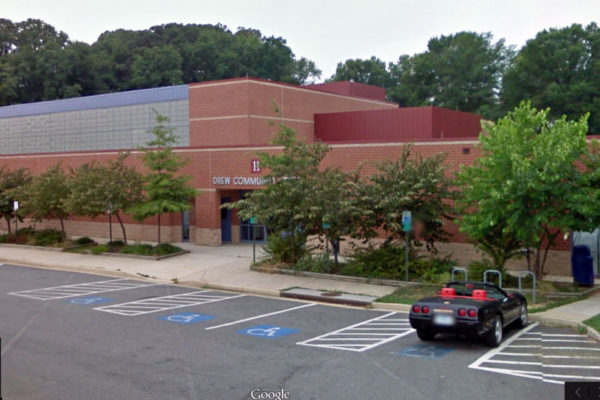 The Drew Model School in Nauck will soon get a new name as the school undergoes a bit of a transformation — but one key part of the building’s moniker won’t be going anywhere.

The elementary school is named after Charles Drew, a groundbreaking surgeon who grew up in Arlington. He was the first black man to hold a variety of prominent positions in the medical community, and is widely credited with establishing new storage techniques to set up lifesaving blood banks during World War II.

Drew’s family home in the Penrose neighborhood won a designation as a National Historic Landmark in 1976, and both a park and community center in Nauck also bear his name.

But the school named after the surgeon, who died in 1950, seemed set for a bit of a change after the School Board convened a committee to pick out a new name for the building earlier this month. The school system is shifting the county’s Montessori program out of the building next year, prompting the latest in a series of recent debates over a new school name.

That will make the school a full “neighborhood” program, drawing students only from homes surrounding the school. The Montessori program will move to what was Patrick Henry Elementary, while many (but not all) Henry students will move to the new Alice West Fleet Elementary, in what became a contentious process that angered many parents.

Yet, as the Drew naming committee gathered to begin its work last week, school officials told the group that it shouldn’t plan on making too many substantial changes. According to notes from the Jan. 22 meeting, Superintendent Patrick Murphy himself told the committee that the naming process is designed to “build culture and community rather than to eliminate the recognition of Dr. Drew’s legacy, who was a preeminent scientist and wonderful role model from Arlington.”

The notes show that some committee members questioned why the group was even convened if Drew’s name wouldn’t be changed, while others said they sought to join the committee specifically to advocate for the retention of the school’s name.

But Murphy stressed that he did not believe the Board ever intended to see Drew’s name removed from the building, a point he reiterated at the Board’s meeting Thursday (Jan. 24) — the Board did not deliver a specific charge in kicking off the group’s work, unlike when it stipulated that a naming committee should not consider the prospect of retaining the original name of Washington-Lee High School.

The committee is still in the early stages of its deliberations, but the meeting notes show that it’s already considering several options that could honor the Science, Technology, Engineering, Arts and Math (STEAM) program that just started up at the school. Options the group has proposed so far include “Drew Science Focus School,” “Charles Drew Inspiration School,” “Charles Drew Science Academy” and “”The Charles Drew Academy.”

The committee also discussed the prospect of simply adding “of South Arlington” to the building’s current name, or perhaps adding a prominent artist’s name to the building alongside Drew’s.

The group broadly agreed to focus on priorities like “adding instructional focus,” “adding a second name to Drew,” “adding a descriptive designation such as academy” and tacking on a “geographic component” in settling on a new name. Members now plan to survey the school’s community for their preferences as well.

The committee is set to meet several more times between now and April, and the Board is planning a final vote on an updated name for Drew in May.

The Board also agreed at its Jan. 24 meeting to spend $1.8 million in capital reserve funding to speed up renovation work at both Drew and Henry to “refresh” both buildings ahead of next fall’s changes.