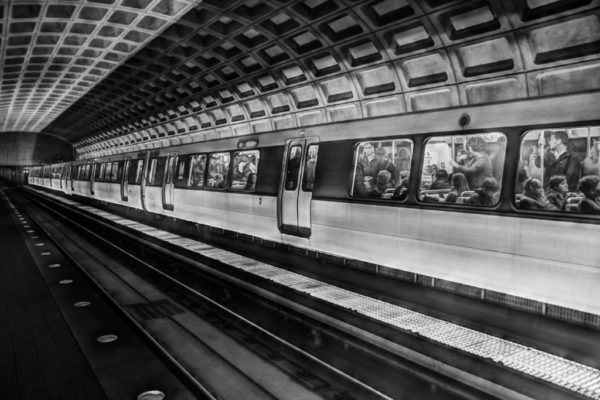 Metro is moving forward with its new budget, proposing sweeping service increases to bolster ridership with the need for a modest budget increase from Arlington.

The WMATA Board of Directors gave initial approval for the transit agency’s draft $3.5 billion, FY2020 budget during a meeting today (Thursday). The budget paves the way to start running Yellow Line trains to Greenbelt and Red Line trains all the way to Glenmont, eliminating the Silver Spring turn-back.

The budget asks Arlington to contribute $77.6 million to the agency’s operating budget, a $2.6 million increase from last year.

“Yellow and Red extensions help any Arlingtonians heading to those end points and expand the commute/travel shed into Arlington to accommodate growth in Pentagon City and Crystal City,” Metro Board member and Arlington County Board Chair Christian Dorsey told ARLnow after Thursday’s meeting.

Arlington County Manager Mark Schwartz proposed $45.6 million in the county’s next budget to be allocated to Metro’s operating budget, a $5 million increase from budget adopted last fiscal year. The remainder of the county’s $77.6 million in funding is from a small increase in the portion of the county’s capital improvement program (CIP) funds set aside for Metro.

Arlington County Board members advertised a 2.75-cent bump to the real estate tax in Arlington’s next fiscal budget, in part, to cover rising expenses at Metro.

The idea was Dorsey’s, who said the increased funds to Metro allowed the transit agency’s budget “to do more service, reduce the price of some fare pass products including on bus where ridership is cratering while having no fare increases and staying within legislatively mandated caps.”

One uncertainty the transit agency’s budget continues to face is its ridership rates, which have now plummeted to a 20-year low. The budget banks on that number stabilizing this year, a result WMATA General Manager Paul Wiedefeld hopes to achieve with the increased service.

Wiedefeld initially proposed even more sweeping service increases, including an expansion of rush-hour service, but the expense prompted consternation from county officials. Those proposals were ultimately stripped from the budget.

The budget proposal Board members approved Thursday did not include service cuts or fare increases.

Metro Board member Corbett Price, representing D.C., thanked Dorsey at the end of the meeting for his “political leadership” in assembling the budget, reported WTOP.

“My only hope is people say such things about me when I’m dead,” joked Dorsey.

Metro Board members will convene again this month for a final vote on the budget, which goes into effect in June.

More Stories
Pricy Lobbying and ‘Spilled Blood’: The Inside Story of How Arlington Won a Veto in RichmondLetter to the Editor: Amazon is a Good Deal for Arlington, Chamber of Commerce Argues