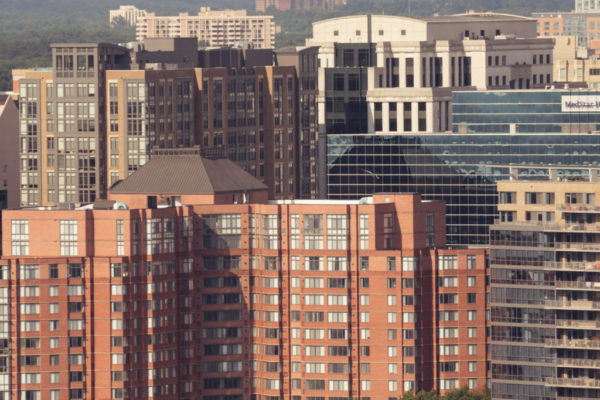 TMZ Gets Rosario Dawson Scoop at DCA — “Rosario Dawson’s all in on Cory Booker for President in 2020, but she might be a little biased … because she just confirmed with us … they’re in a serious, loving relationship!!! The actress was at the Reagan National Airport in D.C. Thursday when our guy quizzed her on what’s been widely rumored.” [TMZ]

Board OKs Queens Court Loans, Again — “The Arlington County Board today cleared the way for replacing a 39-unit garden style apartment complex in Rosslyn, built in 1940, with 249 units committed to remain affordable for 75 years. The Queens Court property, at the corner of N. Quinn Street and Key Boulevard, is part of the Western Rosslyn Area Plan adopted by the County Board in 2015.” [Arlington County]

Yellow Line to Be Extended — “Metro plans to extend service on the Yellow and Red lines. The Yellow Line will finally go past Mount Vernon Square during rush hour again, and even past Fort Totten, all the way to Greenbelt. This change would double service at rush hour and ‘address current crowding conditions at the nine stations north of Mount Vernon Square.'” [DCist]

Vigil for Murdered Arlington Man — “John Giandoni had a beautiful son, a loving family, and a great job. It was all ripped away one year ago… Friday night at 7:30 p.m., John’s family and friends are holding a candlelight vigil in Ballston on the first anniversary of his death.” [WJLA]

END_OF_DOCUMENT_TOKEN_TO_BE_REPLACED

More Stories
JUST IN: Firefighters Battle House Fire in Arlington MillMorning Poll: What Do You Think of the Amazon Decision?