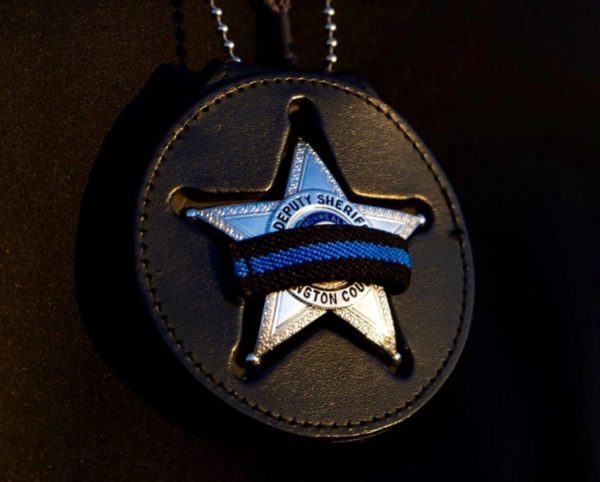 County Board Roundup — As expected, the Arlington County Board on Saturday voted to approve a contract for Nauck Town Square, a purchase agreement to acquire Virginia Hospital Center-owned property, and a permit to convert former administrative offices next to Washington-Lee High School to classroom space for up to 600 students.

Adding Amazon Acquisitions in Arlington? — “Keep an eye on what companies Amazon.com Inc. buys next. It could be what fills HQ2. Acquisitions will likely determine what jobs and teams develop at the second headquarters in Arlington, said Holly Sullivan, Amazon’s head of worldwide economic development.” [Washington Business Journal]

Drivers Work to Inflate Prices at DCA — “Every night, several times a night, Uber and Lyft drivers at Reagan National Airport simultaneously turn off their ride share apps for a minute or two to trick the app into thinking there are no drivers available — creating a price surge. When the fare goes high enough, the drivers turn their apps back on and lock into the higher fare.” [WJLA]

Garvey Endorses Stamos — “I believe we could use a healthy debate about equity in Arlington and how our legal justice system works. However, a healthy debate means using facts about what is working and what is not… I hope you will join me in voting for Theo Stamos for Commonwealth’s Attorney on June 11.” [Libby Garvey]

Sun Gazette Endorses Favola, Lopez — “In its endorsements, the paper said neither Nicole Merlene (who is challenging Favola) nor Julius Spain (who is taking on Lopez) has reached the rather high bar set for an endorsement of challengers to sitting office-holders.” [InsideNova]

Merlene on Kojo — “On @kojoshow, @NicoleMerleneVA says a second bridge over the Potomac, perhaps in Loudoun County, is needed, especially in light of the recent Beltway closure. She also expresses support for marijuana decriminalization and medical marijuana in Va.” [Twitter]

Man Sentenced for Threatening Ajit Pai — “Threatening to actually kill a federal official’s family because of a disagreement over policy is not only inexcusable, it is criminal. This prosecution shows not only that we take criminal threats seriously, but also that online threats of violence have real world consequences.” [Twitter, USDOJ]

Another Amazon-Adjacent Acquisition — “Amazon’s planned second headquarters continues to attract the interest of major investors to the National Landing area.  Newmark Knight Frank announced Friday it brokered the sale of Presidential Tower at 2511 Jefferson Davis Highway on behalf of the seller, Beacon Capital Partners. The building sold for $123M, according to CoStar information.” [Bisnow]

Tag ARLnow on Instagram for us to consider your photo for sharing on Insta and in the Morning Notes.