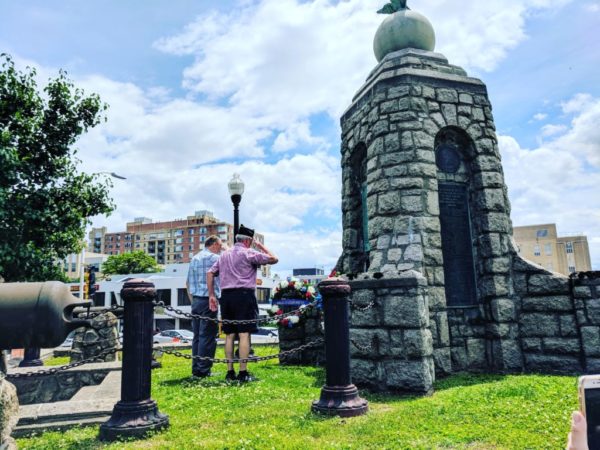 Real Estate Smoking Hot Near HQ2 — “Since Amazon announced in November its choice of Crystal City and Pentagon City, the median home sale price in that area has increased 17.7%, leaping to $655,000, and the typical home was placed under contract in just six days, down from 10 days last year, according to fresh data from real estate brokerage Redfin.” [Washington Business Journal, Axios, WTOP]

Missing: Firefighter’s Keys — “A firefighter left his keys on the bumper of a fire truck while rushing to an emergency! If you happened to pick up this set of keys along Wilson Blvd from Ballston to 7 Corners, kindly return them to Fire Station 2!” [Twitter]

Water Main Work in Lyon Village — “Emergency Water Main Repairs: Crews are working on an 8-inch main at the 2800 block of Key Boulevard. Some 150 water customers could be affected. The street is detoured around the work site.” [Twitter]

Metro Summer Shutdown Underway — “After long lines and packed buses shortly after opening, commuters on Metro’s Yellow and Blue lines are seeing more frequent pick-ups but some traffic delays… Tuesday is the first work day that six stations on Metro’s Blue and Yellow lines south of Reagan National Airport are closed for platform repairs and other upgrades until Sept. 8.” [WTOP]

Photo: Tomb Sentinel in Thursday’s Storm — “On Thursday, Arlington was hit hard with rain and wind with gusts up to 70mph, but that didn’t stop one man from honoring the fallen. A Tomb Sentinel withstood torrential rains and wind gusts to honor the fallen at the Tomb of the Unknown Soldier.” [WJLA, Facebook]