(Updated at 12:50 p.m.) Rosslyn-based tech startup Phone2Action — which aims to turn citizens into advocates — announced on May 22 that new funding will mean a global expansion.

The company received a “strategic investment” from Frontier Capital, a private equity investor, according to a press release. But neither representatives of Frontier Capital nor Phone2Action would specify how much money was included in the investment.

“Frontier Capital and Phone2Action are not disclosing the amount of the investment,” said Kristin Steele, a spokesperson for Frontier Capital, “but want to reiterate what the press release said around it being a strategic investment to help fuel future growth for Phone2Action.” 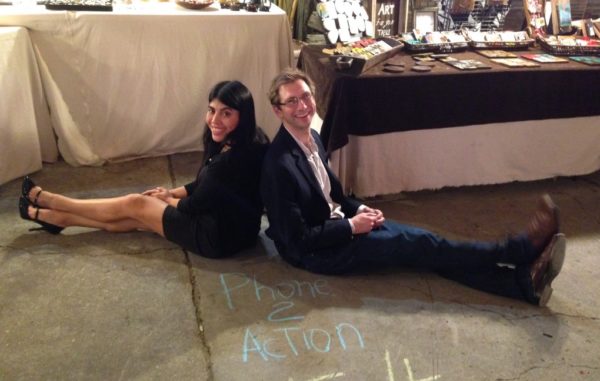 The company bills itself as a “digital grassroots platform,” helping organizations or businesses rally supporters and encouraging them to contact state or local officials. New developments at the company within the last year include email broadcasting features and an advocacy chatbot.

Ximena Hartsock, co-founder of Phone2Action, said the company is looking into expanding the range of products it offers and its markets.

“No changes on staffing at Phone2Action,” said Hartsock, “and we are looking [to use] the support we receive from Frontier to accelerate our growth.”

Partners for the company include Patagonia and Ben and Jerry’s, using Phone2Action for a variety of environmental and social advocacy campaigns.

According to the press release, the investment will be used to expand the global outreach of the program and to look into the acquisition of other complementary technologies. The release also notes that the future of grassroots advocacy and public affairs will be reliant on adapting to new technologies like machine learning.