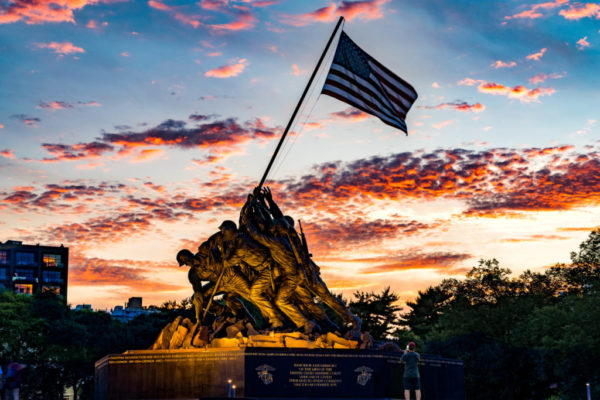 Auditor Looking at Economic Development Funds — “Are economic-incentive funds provided to corporations by the Arlington County government being doled out in accordance with agreements? The county government’s auditor is going to take a look… The audit, already under way, will look only at whether terms of agreements are being complied with; overall effectiveness of the sometimes controversial economic-incentive policy ‘is not part of the scope.'” [InsideNova]

Suspicious Letter at Fort Myer — “Joint Base Myer Henderson-Hall police and other agencies investigated a suspicious letter this afternoon that was delivered on the Fort Myer portion of the joint base. It was determined to not have any dangerous substance on or in it.” [Twitter]

Lauding Arlington’s Retiring Election Chief — “As her tenure as director of elections approaches its end, Linda Lindberg on June 18 was honored by Arlington County Board members for her service. Lindberg — who has served in Arlington’s elections office since 1994 and has been registrar since 2003 — has delivered ‘an outstanding career of public service,’ County Board Chairman Christian Dorsey said during a ceremony marking her tenure.” [InsideNova]

Arlington Developer Plans Senior Projects — “A multifamily developer is making a $200 million senior living play, with five such projects coming together under the company’s new Aspire brand, and potentially more on the way in the Mid-Atlantic. Arlington, Virginia-based Bonaventure has communities under construction or development across the commonwealth, in Alexandria, Woodbridge, Norfolk, Chesapeake and Richmond.” [Senior Housing News]

New Solar Co-op — “Neighbors in Arlington County (including Alexandria… and Fairfax County) have formed a solar co-op to save money and make going solar easier, with the help of nonprofit Solar United Neighbors. Arlington Initiative to Rethink Energy, EcoAction Arlington, and Virginia Clean Cities are sponsoring the co-op.” [Press Release]