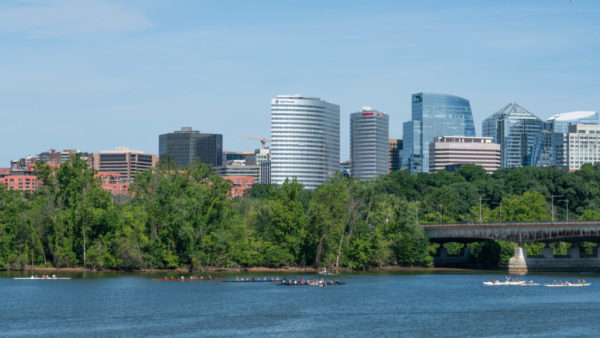 Helicopter Complaints Continue  — “Rep. Don Beyer (D-Va.), one of the lawmakers who requested the study, said that helicopter noise is ‘our number one constituent complaint’ and that the number of complaints has risen steadily since he took office in 2015.” [Washington Post]

New Election Chief Sworn In — “When Gretchen Reinemeyer was sworn in as Arlington County’s general registrar, she became only the fifth person to hold the position since it was created in 1947. Reinemeyer is succeeding long-time registrar Linda Lindberg who is retiring at the end of the month after serving more than 25 years in the Arlington Voting and Elections Office–16 of them as general registrar. [Arlington County]

Zoning Keeps Parts of Arlington Exclusive — “Arlington does have a decent amount of area zoned for multi-family housing, but it’s concentrated in the more southern parts of the county. This makes North Arlington completely inaccessible to many and is the source of the county’s geographical inequality.” [Blue Virginia]

Local Businessman Sentenced — “A prominent Northern Virginia businessman has been sentenced to more than six years in prison for multiple fraud schemes that cheated investors out of roughly $20 million. Todd Hitt, 54, of Arlington, Virginia, pleaded guilty earlier this year in federal court in Alexandria to soliciting investments in building projects as part of what amounted to a Ponzi scheme.” [Associated Press, Press Release]