There is no actual karate on the grounds of Coding Dojo, but the program does hope to help coders learn to chop through digital obstacles.

Coding Dojo is a boot camp for teaching coding with locations set up across the country. Bobby Bethea, Program Success Manager for Coding Dojo, said its new D.C. area location at Eastern Foundry coworking space (1100 Wilson Blvd) in Rosslyn is a relocation of an original location in Tysons.

“Arlington has always been on our radar,” Bethea said. “The idea to relocate the campus to Arlington was determined after a former student, now a staff member, developed an API which pulled the zip codes from existing applications submitted to Coding Dojo. Once pulled, the zip codes were organized to display a heat map.”

Bethea said the heat map showed that most of the applications were coming from Arlington, so when the lease expired, the school moved closer to the students. 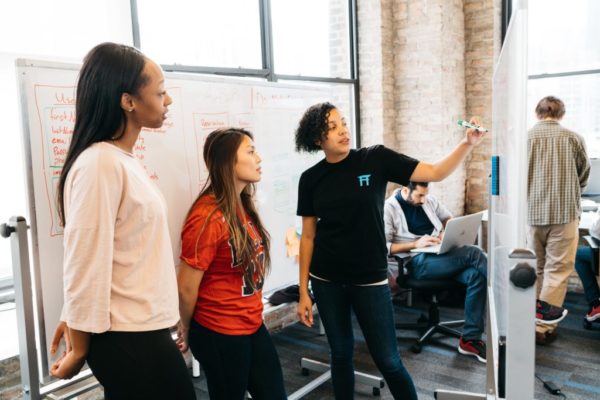 Bethea also said the announcement of Amazon’s move to Arlington also played a role in the move; opening up a new market for Coding Dojo alumni.

“It did factor into our decision to move to Arlington because at the end of the day, our ability to help graduates find jobs is the most important aspect of our business,” Bethea said.

The Arlington location, like the others, teaches Python, MEAN, and C#/.NET. Bethea said the program is designed to be beginner-friendly and to fit with developers of various experience levels.

“Our dynamic curriculum was first developed in 2008 as an internal training program for small software engineering teams — the first in the industry,” Bethea said. “Ever since, we’ve constantly refined the curriculum and have trained thousands of students to either become developers or refine their skill sets. Today, we provide students with a veteran curriculum, that is proven to work as the most effective approach to training both experienced developers and students new to coding.”