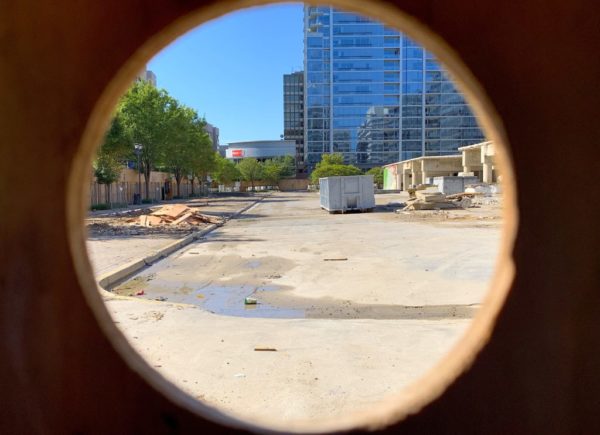 Woman Arrested for Burning Flag Near W-L High — “A woman was arrested for burning an American flag on an overpass over I-66 in Arlington, police say. Kayla Caniff, 22, was charged with property destruction after police say she burned a flag attached to a chain link fence on the N. Stafford Street overpass, north of the Ballston area, at about 11:55 p.m. Thursday.” [NBC Washington]

Lucky Dog Takes in Pups from Hurricane’s Path — “While Hurricane Dorian battered the Bahamas — thousands of miles away in Arlington, Lucky Dog Animal Rescue plotted a rescue mission… The Carolinas are projected to be in the storm’s path and Lucky Dog Animal Rescue is partnered with a shelter in South Carolina. So the organization’s volunteers met an animal control officer part of the way there to take 19 of the shelter’s dogs.” [WJLA]

APS to Review Westover Tree Plan — “Facing community unrest in Westover, Arlington Public Schools plans to take another look at the potential of saving more trees during construction of a new elementary school on North McKinley Road near Washington Boulevard. Following an Aug. 29 meeting with residents, the school system has directed that ‘before the trees are removed, we have the contractor stake out the site and renumber the trees.'” [InsideNova]

Energy Plan Concerns: Feds and Trees — Arlington County’s impending update to its Community Energy Plan, which sets a net zero carbon emissions goal, is an important step in fighting climate change, some advocates say, though additional action is still needed on the state and federal level. Others, despite supporting the goal, are concerned that achieving it may come at the cost of the area’s tree canopy. [Washington Post, Arlington County]

Arlington’s Many Advocacy Orgs — “My viewing [of the Netflix documentary ‘The Family’] got me thinking of the many newsmaking organizations — of all political stripes — that have long populated our suburb so close to the action of the nation’s capital. Wilson Blvd. and Crystal City alone are home to enough colorful groups to generate a slew of political and public policy contretemps.” [Falls Church News-Press]

Reminder: Be Careful on the Roads Today — It’s the first day of school, kids will be walking to school and there are new traffic patterns around some schools. Arlington County Police are conducting “a high-visibility traffic enforcement campaign in and around school zones and bus stops” today. [ARLnow, Arlington County]