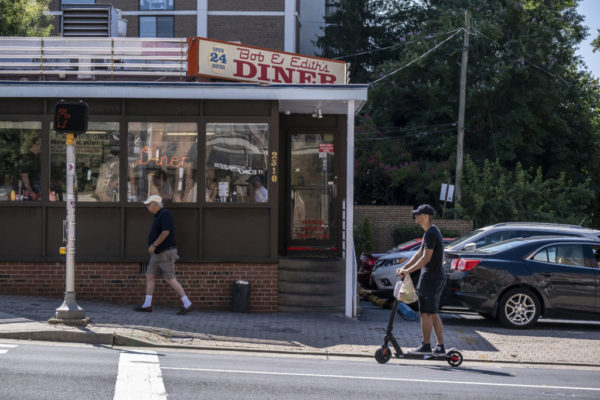 ‘American Idol’ Bus Spotted in Arlington — The “American Idol” audition tour bus was spotted near Crystal City yesterday morning. The bus is in the area for auditions in D.C. today. [Twitter]

State Change Affecting Arlington Teacher Union — “Arlington School Board members could be gearing up to battle the state government’s powerful Virginia Retirement System (VRS) on a new ruling that impacts the way benefits are calculated for presidents of the Arlington Education Association.” [InsideNova]

Planetarium Closing Next Year — “In September, the David M. Brown Planetarium will once again offer three shows a day for students, plus weekend and select weekday programs for the general public. In January, it will temporarily shut down for more than a year while an adjacent construction project converts the Arlington Education Center into classroom space.” [Arlington Magazine]

Arlington Startup Serving D.C. Schools — “The administration of Mayor Muriel E. Bowser (D) announced in August that the city would spend $26,400 to partner with LiveSafe, an Arlington, Va., tech company. The move comes in response to students’ repeated pleas to the city to make their commutes safer.” [Washington Post]

Local Courts Dropping Fare Evasion Cases — “When a rider is cited for not paying the fare to board a bus or train in Northern Virginia, the ticket is more likely to be dropped in the courts than paid. Only 278 of the 1,306 fare evasion citations handled by the Arlington, Fairfax and Alexandria general district courts between July 1, 2017, and June 30, 2019, were paid, according to court records. In those districts, roughly $38,000 in fare evasion fines have gone unpaid in the past two years.” [Washington Post]