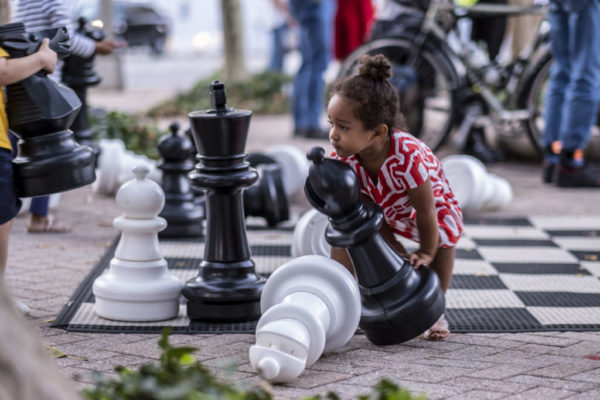 Climate Change Protests in D.C. — Updated at 8:45 a.m. — As expected, demonstrator are blocking a number of key intersections in D.C. this morning to protest against government inaction in tackling climate change. The roadblocks have caused major backups on northbound I-395. [WTOP, Twitter]

County Board Approves Pike Redevelopment — “A new six-story apartment building and ground floor retail will replace an aging shopping center and surface parking lot at the northeast corner of South Glebe Road and Columbia Pike, under a plan approved today by the Arlington County Board.” [Arlington County]

Worker Hurt Friday in Madison Manor — “Scanner: ACFD on scene of a worker who fell out of a tree on the 900 block of N. Potomac Street in Madison Manor. Being transported by ambulance to a local trauma center with potentially serious but non-life threatening injuries.” [Twitter]

Post Praises Swell Sausages at Ballston’s Bronson — “The five kinds of housemade sausages emerged from the kitchen tinkerings of Barley Mac chef Chris Harman and co-owner Mike Cordero, Koh says. Both the bratwurst and the wiener, reminiscent of a hot dog that spent a semester abroad, have a pleasantly snappy casing and a peppery pungency. The Bronson is rightly proud of its sausages, which are available to-go from a case at the front.” [Washington Post]

Ballston Harris Teeter Design Event — “Come share your thoughts on the consolidated design for the public space at Harris Teeter on N. Glebe Rd at an open house Mon., Sept. 23 from 6:00-7:30 p.m. in the Arlington Room at the Medstar Capitals Iceplex (accessible from the 8th floor). This design is based on prior community feedback. Don’t forget your sweater! The Arlington Room is next to the rink and you might get a little chilly.” [Arlington County]

APS Trying to Fix Bus Issues — “Arlington school officials continue to work out start-of-school transportation kinks, with a goal of having everything running as expected by the end of the month… ‘We have heard from families who are still experiencing challenges,’ Superintendent Cintia Johnson told School Board members on Sept. 19. ‘We’re working to resolve all the concerns.'” [InsideNova]