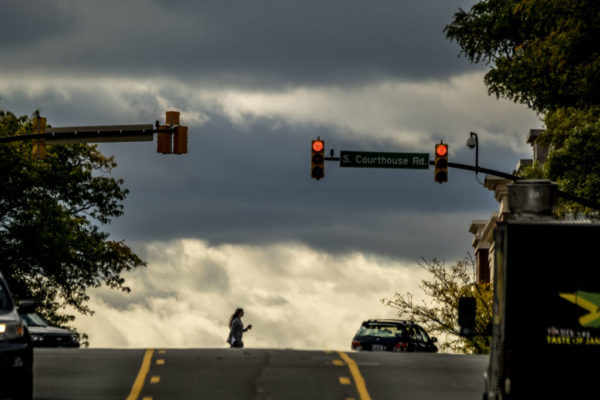 New Trail Bridge Work Progressing — “Bridge girder installation is occurring this week during daytime hours for the new Washington & Old Dominion Trail Bridge over Route 29 (Lee Highway) in Arlington. This work is taking place west of Lee Highway, and will not impact roadway or trail users. Work will continue the week of Oct. 28, and will require nighttime hours and an additional trail detour.” [Press Release]

Chick-fil-A to Blame for Blocked Bike Lane? — Delivery drivers picking up orders from Chick-fil-A in Crystal City may be at least partially to blame for frequent bike lane blockages along Crystal Drive. [Twitter]

Yorktown Golfer Wins State Championship — “He was the last player to tee off in the round, then at the end of the 18-hole competition, Benjamin Newfield was standing No. 1 on the leaderboard. The Yorktown High School freshman carded a 4-under-par 35-33-68 on Oct. 14 to win the Virginia High School League’s Class 6 individual state golf championship by one stroke.” [InsideNova]

Ceremony for New Elementary School — “This past weekend, the APS and [Fleet Elementary] communities celebrated the opening of the new school with ribbon cutting and fall festival.” [Twitter]

Woodbridge Development Claims HQ2 Proximity — “The radius of Northern Virginia buyers citing Amazon HQ2 in their plans continues to expand, with a developer in Woodbridge now citing the tech giant as a catalyst for a large-scale shopping center redevelopment.” [Bisnow]