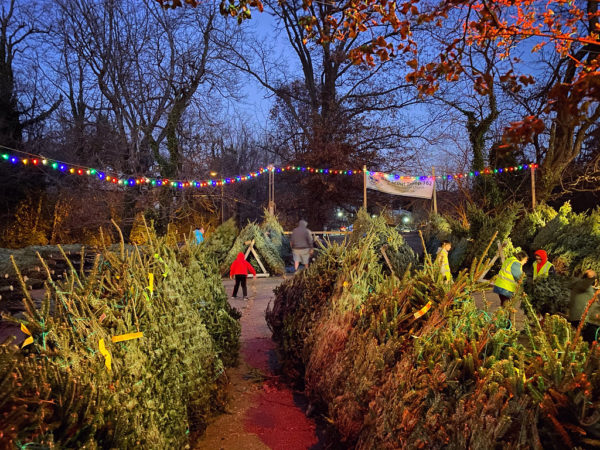 NAACP Slams APS Diversity Czar Process —  “The Arlington school system’s effort to appoint a diversity czar has run into a buzzsaw of criticism from the county’s major civil-rights organization. The two co-chairs of the Arlington NAACP’s education committee took to the Dec. 5 School Board meeting to complain that the selection process was leaving out many of those the position is designed to support.” [InsideNova]

Snow Likely Overnight — “Temperatures are poised to leap to near 60 degrees Tuesday, and it won’t feel at all like it could snow. But, in a flash, that will change. An Arctic front charging to the East Coast will switch our weather from fall-like to winterlike in a matter of hours, setting the stage for possible wet snow overnight Tuesday into early Wednesday morning.” [Capital Weather Gang, Twitter]

Local Bus Routes on Chopping Block — Metro is considering cutting or restructuring a number of local bus routes as part of its new, proposed budget. Among the Arlington bus routes that could be cut are the 5A, 16G, 22A and 22C. [WTOP]

Letter: County Shouldn’t Rescue Fallen Phones — “I question whether retrieving personal property is really an appropriate use of Arlington County resources. It must have cost significantly more than the value of the phone to provide the personnel for the recovery effort. As an Arlington County taxpayer, I resent that.” [Washington Post]

Read more →
More Stories
Mark the One Year Anniversary of the Clarendon Cheesecake Factory Incident With This T-ShirtACPD: Man Brings Himself to Hospital After Being Stabbed