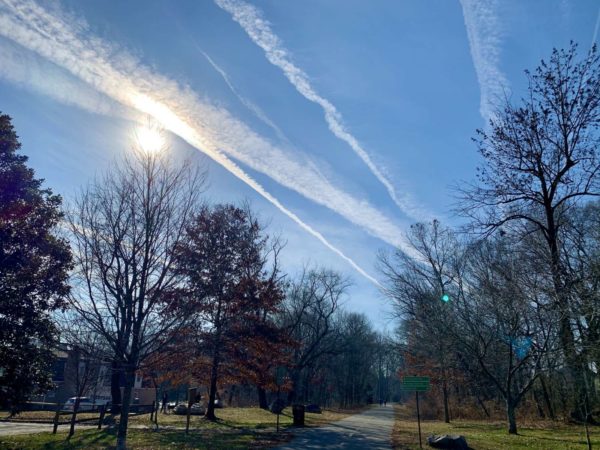 Never Ending Bike Rack Construction at EFC Metro — “Metro has been building a Bike & Ride facility at the East Falls Church Metro Station for nearly five years, and the project still is not finished. The covered bike shelter was supposed to open in December 2015, but Metro says due to ‘Numerous construction quality issues, including damage caused by a contractor repeatedly drilling into an underground duct bank, led to lengthy delays.'” [WJLA]

Another Sewage Release in Four Mile Run — “Avoid all contact with Four Mile Run south of 7th Street until further notice due to a sanitary sewage release. @ArlingtonDES crews are on scene investigating pipe’s condition.” [Twitter]

Delegate Wants to Retrocede Arlington to D.C. — Del. Dave LaRock (R) “said some counties and jurisdictions in the state ‘are becoming more like California and New York…’ [LaRock said he] could get behind a move to have more liberal jurisdictions such as Arlington and Alexandria become part of Washington, D.C.” [Winchester Star, Blue Virginia]

Cristol to Chair NVTC — “Arlington County Board member Katie Cristol has been tapped to chair the Northern Virginia Transportation Commission for the 2020 calendar year. She succeeds Matt Letourneau, a member of the Loudoun County Board of Supervisors.” [InsideNova]

END_OF_DOCUMENT_TOKEN_TO_BE_REPLACED

More Stories
Neighborhood Spotlight: What to do in Ballston, 2020Property Values, and Thus Property Taxes, Are Rising