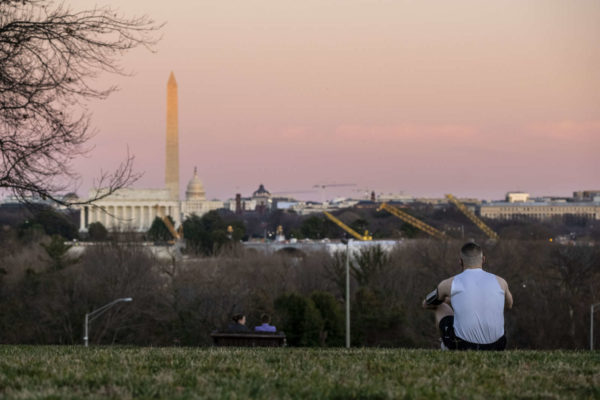 Cristol Reacts to Lawmaker’s Arlington Suggestion — After another Republican state Senator suggested, jokingly, that Arlington and Alexandria go back to being part of D.C., Arlington’s state lawmakers and County Board member Katie Cristol were not amused. Cristol tweeted: “Hmmm, is it possible their grievance is that my diverse, progressive constituents are EXACTLY what it means to be a ‘Real Virginian’ in 2020?” [Twitter, Blue Virginia]

More on Planned Pentagon City Study — “County staff have been overwhelmed by a flood of new development applications in the area since Amazon announced its intentions to set up its second headquarters. And the sizes of some of those projects have been so large that staff have begun urging developers to be patient and wait for a revision of the area’s planning documents before pursuing them.” [Washington Business Journal]

Arlington Man Struck, Killed by Driver — “A 29-year-old man from Arlington, Virginia, died early Saturday morning after being hit by a dark-colored SUV on Industrial Road near Backlick Road in Springfield. David Velasquez was walking in the right lane of Industrial Road at about 1 a.m. when he was hit by the driver, who did not stop, Fairfax County police.” [WTOP]

‘We Will Buy Your Tech Business’ Signs — “There are mysterious signs all over Ballston saying ‘We will buy your tech business…’ [A person who returned our call] said they’re just interested in talking to people looking to sell their business and are not interested in being the subject of a news story.” [Twitter]

W-L, Yorktown Face Off on Hard Court — “There was a double feature of nail-biting thrillers the evening of Jan. 30 in a packed and loud Washington-Liberty High School gymnasium. That’s where the Yorktown Patriots and Washington-Liberty Generals met in all-Arlington girls and boys varsity basketball games with close finishes. The Yorktown girls won in overtime, 53-50. Then, in the nightcap, the W-L boys won, 65-63, on a last second-shot in the Liberty District high-school contests.” [InsideNova]

Minor Apartment Fire — Arlington County firefighters responded to a small cooking fire in an apartment near Courthouse on Saturday. No one was hurt and only minor damage was reported, although the apartment did fill with smoke. [Twitter]

Gymboree at Pentagon City Mall — “A popular children’s clothing retailer that closed all of its stores a year ago is taking steps to re-enter the marketplace. Officials with Gymboree this week announced plans to relaunch the brand at more than 200 Children’s Place locations nationwide,” including at the Fashion Centre at Pentagon City. [Patch]