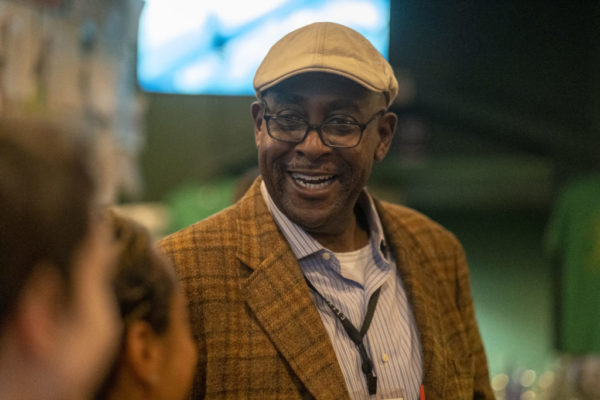 (Updated at 4:20 p.m.) Arlington County Board member and now-former Metro board member Christian Dorsey cruised to easy election victories in 2019 and thus didn’t need to spend much on his campaign. He did, however, direct campaign cash to himself and his wife.

Dorsey, who is currently trying to resolve a personal bankruptcy, is not accused of wrongdoing in his campaign spending. But it does raise questions amid news that he has not yet fulfilled a promise to repay a $10,000 campaign contribution, deemed unethical by the Metro board after Dorsey failed to notify the board of the donation in a timely manner.

Dorsey has since resigned from the Metro board, the Washington Post reported Thursday afternoon.

It was just after the Nov. 2019 election that it was revealed that Dorsey had declared bankruptcy in October. He told ARLnow in December that he regretted not informing the community earlier.

The campaign was otherwise a breeze for Dorsey. He ran unopposed in the Democratic primary and easily defeated a pair of independent candidates, who sought his and fellow incumbent Board member Katie Cristol’s seats, in November.

As of Dec. 31, according to Dorsey’s latest campaign finance report, his campaign had $3,298 on hand. So where did most of the cash go? Just over $25,000 went to Dorsey and his wife, documents show.

Dorsey began 2019 with a balance of $17,547 on loans he had provided his campaign during the 2015 election. He repaid all but $200.99 of that to himself by the end of the year. He also paid $8,000 to his wife over the summer for campaign management graphic design work.

There has thus far been no suggestion that any of the payments were in any way illegal or improper, though a nearly $2,000 loan repayment was made after Dorsey was ordered to return the transit union donation.

The campaign’s other major expenses were $4,825 in donations and sponsorships to the Arlington County Democratic Committee and $4,399 to a local printing company for yard signs and grip cards, paid in September. Fundraising and web hosting expenses, along with other donations and food and drink purchases for events and volunteers, made up much of the remaining expenses.

Prof. Jennifer Victor, who researches campaign finance at George Mason University’s Schar School Policy and Government, said the pattern of payments amid personal financial problems and the union donation controversy at Metro at the very least “raises some ethical eyebrows,” regardless of whether or not state campaign finance laws were violated. Victor added that hiring a spouse for the campaign “looks nepotistic” and is something most candidates would avoid doing.

The Post reported last night that Dorsey was “working on a wire transfer to return the money” to the transit union, but a check sent earlier “may have been lost and that it would have bounced anyway because some donations he had solicited did not come through.”

Dorsey’s personal bankruptcy, meanwhile, continues to work its way through federal court. As of December, he owed $34,347 to the IRS, was behind by thousands of dollars on his mortgage, and was also behind on a car loan, per court documents. Another court document, from November, said that “based on correspondence from Commonwealth of Virginia, [Dorsey] has not filed all past year’s tax returns.”

Dorsey previously told ARLnow that he re-filed his 2017 Virginia tax return after discovering that the state “has no record” of the return being filed. A spokeswoman for the Virginia tax office said the state law “prohibits Virginia Tax from providing information or commenting on specific taxpayer situations.”

In court documents Dorsey lists about $5,000 per month in “other income,” in addition to his $55,147 annual County Board salary. Dorsey said the additional income comes from “policy and communications consulting” and that “none [of his clients] do business with Arlington County.”

“My personal financial issues do not in any way impinge upon my ability to work with staff and with our community to find practical, innovative solutions to all these issues,” Dorsey told ARLnow in December. “I love this County, and I will continue to work hard to ensure it remains one of the greatest places on the planet to live, work and rear a family.”

At publication time, Dorsey and a Metro spokesman had not responded to ARLnow’s latest requests for comments.