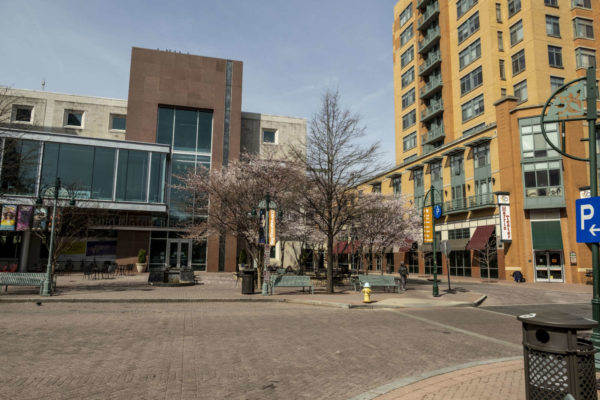 About This Post — Due to lots of coronavirus-related news, we have a number of non-disease-related local links that we haven’t been able to get to over the past two weeks. We’re running a one-time Weekend Morning Notes post to clear our queue. This will replace the usual weekend discussion post.

Arlington Cherry Blossom Walk — “Cherry blossom season in the D.C. area is a wonderful time of year, and taking in the blossoms is a beloved tradition. WalkArlington has created a walk featuring a few of our favorite locations in Arlington where you can appreciate the blooms and enjoy all that springtime in Arlington has to offer.” [WalkArlington]

Median Signs Promote Census — “What is good for the goose apparently is not good for the gander – if, that is, the gander is the Arlington County government. Those driving the roadways of Arlington in recent weeks no doubt have seen a flurry of median signage calling attention to, and promoting participation in, the federal census.” [InsideNova]

Local Cat Makes Headlines –“An adorable cat with a jaw deformity can’t help but always stick her tongue out – and her owner has insisted she wouldn’t have her pet any other way. Pretty Kitty, five, from Arlington, Virginia, can only open her mouth a ‘small amount’, and has her tongue always sticking out thanks to the way her jaw formed.” [Daily Mail]

Instant Runoff Voting for Arlington? — “Voters in future Arlington County Board elections could find themselves using the ‘instant-runoff’ method rather than the current ‘winner-takes-it-all’ manner. Both houses of the General Assembly have approved and sent to Gov. Northam a measure allowing Arlington to conduct its County Board races using instant-runoff voting, also known as ‘ranked-choice’ voting.” [InsideNova]

Arlington-Based Textile Brand Profiled — “From a plant-filled studio in Arlington, Diana Johnson translates ideas in her head to paper by lettering, illustrating and painting. Using her background in graphic design, Johnson is able to transform her artwork digitally into handcrafted products like pillows, clutches, greeting cards and, most often, prints to add a little color to any space.” [Northern Virginia Magazine]

Green Valley Looks Forward — “Low-level sales of marijuana and other substances in the Green Valley community in the 1960s grew into a full-fledged, open-air ‘drug supermarket’ by the early 1980s, with the intersection of 24th Road South and Shirlington Road ground zero for the illegal operations. On March 7, leaders of the community looked back at those days, and committed themselves to ensuring a better future for their community.” [InsideNova]

Victim of Pentagon Stabbing Identified — “The man who was fatally stabbed Monday morning on the platform of the Pentagon Metro station has been identified as a 25-year-old from Northwest Washington, a spokesman for the transit agency said. Sean Ronaldo Golden, who lived near the District’s Brightwood Park neighborhood, died shortly after arriving at George Washington University Hospital, a report provided by Metro says.” [Washington Post]

And now here it is, your moment of zen…