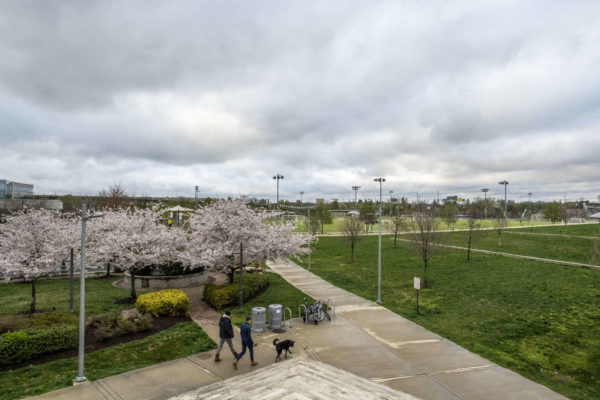 APS Expands Grab and Go Meal Locations — “Beginning Wed, March 25, APS will expand the number of sites that provide free grab-and-go breakfasts and lunches to five locations to better reach families. Meals will be set up outside the building for distribution from 11 a.m.to 1 p.m. Monday-Friday.” The new locations are Barrett, Campbell and Randolph elementary schools. [Arlington Public Schools]

Massage Therapist Charged with Assault — “At approximately 6:31 p.m. on March 9, police were dispatched to the late report of an assault. Upon arrival, it was determined that at approximately 3:00 p.m. on March 7, the victim was receiving a massage when she was allegedly inappropriately touched by the suspect. Following an investigation by the Special Victims’ Unit, a warrant for Assault and Battery.” [Arlington County]

Rosslyn Launches Restaurant Support Program — “The Rosslyn BID is… launching #RosslynRewards, a program to support Rosslyn restaurants that are still operating during these uncertain times. When you order takeout or delivery from participating Rosslyn restaurants and share on social media with the hashtag #RosslynRewards, the BID will give you a $10 reward for every $20 you spend.” [Press Release]

ART Bus Rides Now Free — “Starting Tuesday, March 24, Arlington Transit bus riders will enter and exit all ART buses using the rear doors only. Customers who require the use of a wheelchair ramp can still enter the bus through the front door. ART will also be suspending fare collection on all ART buses since the farebox is located at the front door.” The ART changes mirror those implemented by Metro today. [Arlington Transit]

Signature Cancels Performances — “In response to guidance from the CDC and state and local authorities, Signature Theatre has made the decision to close its doors to the public through the beginning of June.” [Press Release]