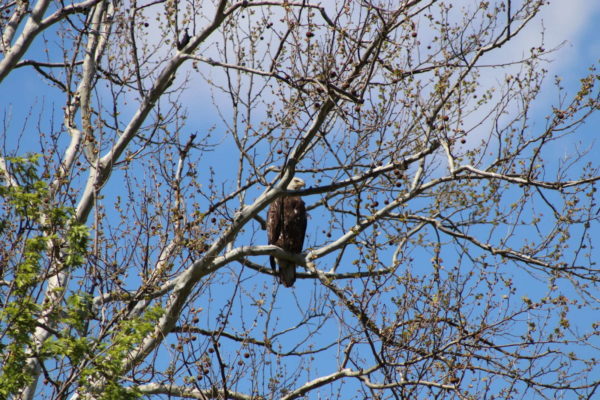 Local Business Owners Still Waiting for Loans — “Like many business owners across Northern Virginia, Cyrille Brenac is still waiting to hear back from his bank about his application to the Paycheck Protection Program… For Brenac, who lives in the Cherrydale neighborhood of Arlington, the money would help him rehire about 50 employees of his two French restaurants he laid off when the economy abruptly shut down as the result of the global COVID-19 pandemic.” [Connection Newspapers]

County Board Salary Raise Unlikely — “The COVID-19 health pandemic and resulting economic downturn have snagged another victim – big pay raises for Arlington County Board members. Raises totaling more than $50,000 spread across the five board positions, which were included in County Manager Mark Schwartz’s pre-virus budget proposal in February, have been red-lined out.” [InsideNova]

Bearded Goat Barber Dies During Home Isolation — “We’ve already had quite a tragedy of our own — a barber who was in recovery from heroin addiction. He told us a couple times in the first few weeks, ‘It’s not good for me not being busy like this… not being able to work.’ We didn’t know just how bad it would be for him. He relapsed and got a bad batch and died.” [InsideHook, Facebook]

County to Consider More Retail Conversions — “For many years, county officials were insistent that retail be placed in office and residential buildings in certain areas. The problem – as developers apparently knew but county leaders seemed to miss – is that retail spaces are dependent on visibility and foot traffic, which each can vary widely even within the same building. (At one business-organization meeting years back, developers simply shrugged their shoulders, saying they often penciled in ‘zero’ for the expected revenue.)” [InsideNova]

Local Man Recounts Coronavirus Experience — “He had been in the hospital for seven days when doctors declared he might not make it out alive. His blood oxygen levels sank. His lungs struggled. The ventilator helping him breathe, doctors at Virginia Hospital Center said, did not seem to be doing much good. Nurses called his family. His family called a priest. They wanted to make sure Francis Wilson, 29, received last rites before the end.” [Washington Post]

Raccoons Rescued from Trash Can — “Officer Cameron got a surprise yesterday when she responded to a call about a raccoon stuck inside a bag inside a trash can. After she ‘unstuck’ the raccoon, she found 2 raccoon kits with her! Officer Cameron made sure they were all safe, releasing them to a quiet place nearby.” [Animal Welfare League of Arlington]

Falls Church Senior Care Centers Face Outbreaks — “Three Falls Church area senior homes are now confirmed to be fighting outbreaks of the coronavirus, with Chesterbrook Residences telling the News-Press today that a total of 17 of its residents and staff have tested positive for COVID-19.” [Falls Church News-Press]

Next
County: ‘More Work Lies Ahead’ to Keep Coronavirus in Check