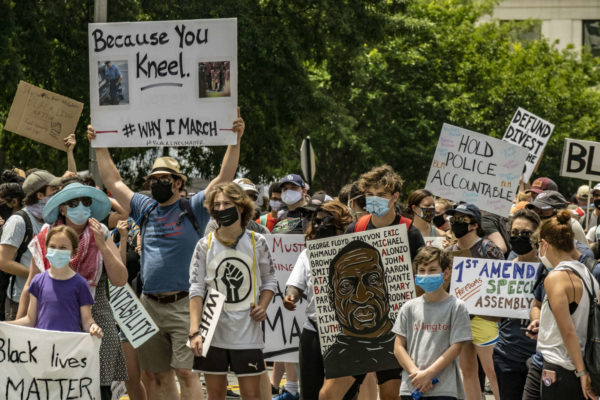 Following protests over the killing of George Floyd, there’s now a national movement to #DefundThePolice.

Most proponents say they want to redirect a portion of sizable police budgets to social services, investing in community rather than punishment.

The idea has yet to catch on with most Americans. Nearly two-thirds of respondents to a recent survey opposed reducing police funding.

Here in Arlington, the police department makes up about 5% of the county’s general fund, less than that of the Dept. of Human Services, which provides health, housing and social services help. Aside from the decision to send officers to help control protests in D.C., at the request of U.S. Park Police, the police department has faced few major, recent controversies.

(There have been four officer-involved shootings in Arlington over the past decade, all deemed justified uses of force in subsequent investigations. Complaints against police rose in 2019, but remained relatively low given Arlington’s population.)

In the upcoming 2020-2021 budget, ACPD will get a slight boost in funding, to just under $75 million. With less funding for the department in subsequent budgets, more could be spent on social services and community programs. With more funding, ACPD might be able to increase training and provide body cameras to all officers.

What do you think should be done?