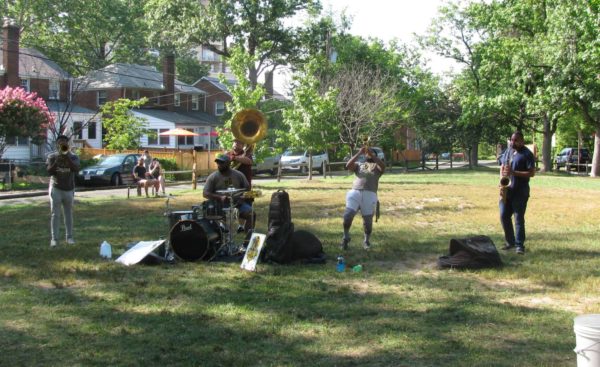 Hotel-to-Apartment Project on Hold — “A proposal to convert the Arlington Courts Suites extended-stay hotel in the Courthouse area to apartments is on hold, at least for now. The project had been slated for County Board consideration on July 18, but has been deferred until at least October at the request of the applicant, citing ‘economic concerns about the project due to the COVID-19 emergency.'” [InsideNova]

Controversy Sparks Idea for Fundraiser — A local man has raised more than $140,000 “after starting a GoFundMe page to buy Goya Foods products and donate them to local food pantries after critics called for a boycott over pro-Trump comments from Goya’s CEO. ‘People are seeing in the news a double standard for one political view,’ 27-year-old Casey Harper of Arlington, Va., told FOX Business.” [Fox Business, GoFundMe]

Job Losses Possible at DCA — Among the 36,000 United Airlines workers who may be furloughed starting in October, according to WARN Act notices, are 116 employees at Reagan National Airport. [Virginia Employment Commission]

Swearing In for New County Board Member — “Takis P. Karantonis, elected to the Arlington County Board in a special election on July 7, 2020, will be sworn in at 4 p.m. on Tuesday, July 14 in a virtual ceremony. Clerk of the Circuit Court of Arlington Paul Ferguson will officiate.” [Arlington County]