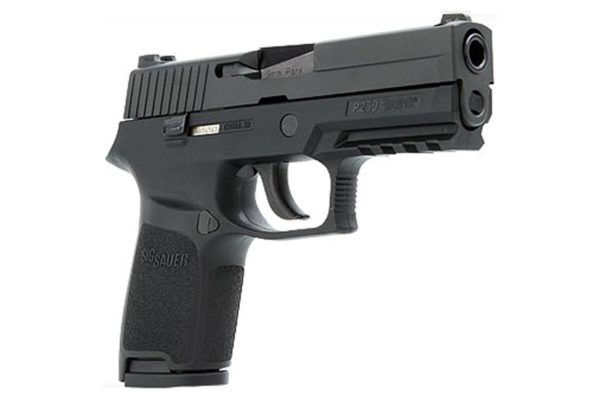 The Arlington County Board over the weekend voted to ban guns in county buildings, parks and at some special events.

The new ordinance was made possible by the Virginia General Assembly, which recently approved legislation allowing localities to adopt certain prohibitions on firearms.

Forty people signed up to speak at Saturday’s County Board meeting, some for and some against the proposal. Those for it said county properties would be safer without guns. Those against it said people should be able to exercise their Second Amendment right to bear arms and defend themselves, even in a public park or county building.

Among the speakers was independent County Board candidate Audrey Clement, who said the ordinance endangers lives.

“I’m afraid that the current County Board led by my opponent, Libby Garvey, is endangering the citizens it has sworn to protect,” she wrote in an email to supporters earlier today. “It adopted a blanket gun ban on County property and County sponsored events, thus assuring that future targets of gun violence are unable to defend themselves on public property.”

“The issue isn’t dead, as gun rights advocates have vowed to challenge the gun ban in court,” Clement added.

Others spoke in favor of the ordinance, including Navy veteran and former Democratic congressional candidate Bruce Shuttleworth.

“We need to keep our weapons of war out of our places of peace,” Shuttleworth said, after asserting that he had more experience handling weapons — from sidearms to grenade launchers — than anyone at the meeting.

The ordinance includes a number of exceptions, including allowing active duty military, sworn and retired law enforcement, and certain private security personnel to carry guns, even in prohibited areas.

In addition to passing the firearms ordinance, the Board allocated $110,000 for signage, “so that gun permit holders would know easily where guns are prohibited and where they can, and cannot, carry their weapons.” In a change from the originally-proposed ordinance, the adopted ordinance will only apply to places that are “clearly marked.”

More on the ordinance from a county press release:

The Arlington County Board today voted unanimously to adopt a Firearms Ordinance banning guns in County government buildings and parks, and at designated special events that require a County permit. The restrictions will apply where the County has posted notice at entrances to buildings, parks, recreation and community centers, and at entrances to events.

The Board’s action was authorized under a State law signed by Governor Ralph Northam in April 2020 that allows localities to set their own rules on the presence of firearms in public. The County’s 2020 General Assembly legislative package included a provision requesting such authority. The Board held a public hearing on July 22, 2020, and voted to advertise a September 2020 public hearing on the proposed ordinance.

“Arlington sought and supported the common-sense gun laws passed by the General Assembly earlier this year,” Board Chair Libby Garvey said. “After hearing from many people, both for and against this measure, the Board has adopted gun restrictions that we believe reflect the values of our community, and that will enhance the safety of all those who enter County buildings, or who visit County parks, recreation, and community centers or participate in special events permitted by the County.”

After hearing testimony from dozens of people at a public hearing during its Saturday, Sept. 12, 2020, Regular Meeting, the Board voted adopted the ordinance, with two changes to what was advertised. One change clarified that the ordinance would apply only in areas that were clearly marked, so that gun permit holders would know easily where guns are prohibited and where they can, and cannot, carry their weapons. The second was to include an exception for special events, so organizers can supply their own security in public areas during their event. That security would be approved by Arlington County as part of the special events permits process.

The Board also allocated $110,000 from the County Manager’s Contingent to cover the cost of signage.

The ordinance makes it illegal to possess, carry or transport any firearms, ammunition, or components or combination of firearms and ammunition in any building, park, recreation, or community center owned or used by County government or by any authority or County-created or controlled entity. It bans firearms, during a public event, within the perimeter of the event on public streets, sidewalks or the public right-of-way or “any other place of whatever nature that is open to the public and is being used by, or is adjacent to, a County-permitted event or an event that would otherwise require a County permit.” It applies to holders of concealed carry permits as well as other permit holders. The County expects to post signs within 30 days of adoption.

Enforcement will follow a period of education, and can only be done where there is clear signage that guns are prohibited. As with most local law enforcement in Arlington, it is expected that a verbal warning will be provided before any person is charged with a violation of the ordinance.  Violations will be treated as a Class 1 misdemeanor.

The ordinance’s exceptions include military personnel who are acting within the scope of their official duties; sworn or retired law enforcement officers; private security personnel hired by the County when in County-owned buildings or on County-owned properties; security personnel at permitted special events engaged by private parties conducting the event and approved by the County through the special event permit process; reenactors using inoperative firearms, and activities of a Senior Reserve Officers’ Training Corps program operated at a public or private institution of higher education or any intercollegiate athletics program.

The County’s Special Events Committee will evaluate permit applications to determine if the ordinance will apply to a special event, based on input from the Police Department. If the committee determines that the ordinance will apply to a permitted event, staff will work with the event holder to put in place an adequate, prominent signage plan, to make clear the perimeter of the event within which firearms are prohibited at the event.