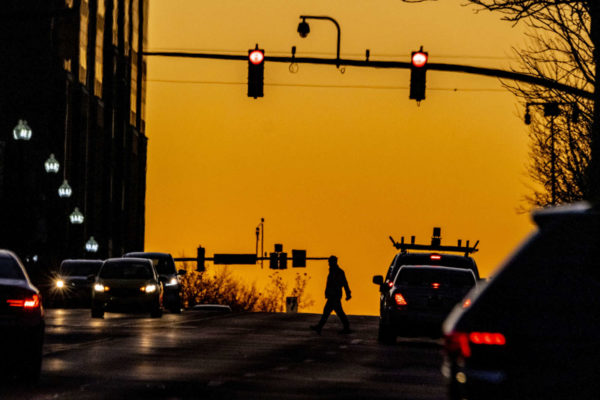 County Lauded for LGBTQ Inclusiveness — “Arlington scored 100 points out of 100 on the Human Rights Campaign’s 9th annual Municipal Equality Index for its high standards of inclusiveness and protections for lesbian, gay, bisexual, transgender and queer communities. While Arlington has been a top-ranked community in the past, this year it was recognized for adding gender identity/expression protections to its Human Rights ordinance and providing all-gender bathrooms in County-owned offices and facilities.” [Arlington County]

Traffic Cam Feeds Back On — After a few weeks of Arlington’s web-based traffic camera feeds being off due to technical issues, the feeds are back on. The traffic cameras can also now be viewed on the My Arlington mobile app. [Twitter]

Traffic Cam Policy Still in Place? — Some cold water on the traffic camera news, from local public safety watchdog Dave Statter: “Cutting cameras during @ArlingtonVaPD incidents is a bad look for the department… Giving a government employee the power to censor what’s in public view based on their own whims and/or a vague county standard sure gives the impression that 1A is not that important to @ArlingtonVA.” [Twitter]

CivFed to Get Aircraft Noise Briefing — “Arlington County government officials and their consultants will update delegates to the Arlington County Civic Federation on the ongoing noise study related to Ronald Reagan Washington National Airport at the federation’s Dec. 15 meeting.” [InsideNova]

Nearby: School Names to Change in F.C. — “After six months of a lengthy and often contentious debate involving the entire City of Falls Church community, the Falls Church School Board voted unanimously tonight to change the names of two of its five schools, ones named for U.S. founding fathers who famously owned slaves, George Mason and Thomas Jefferson.” [Falls Church News-Press]

If readership is any indication, it seems like a lot of Arlington residents have the same itchy red insect bites described in this week’s most-read story. It was, in fact,…

A multi-year legal battle between a family and Arlington Public Schools over the appropriateness of their child’s special education support ended this summer with a decision in APS’s favor, handed down by federal court.

The Salt Line in Ballston is now “looking at a September opening,” restaurant representatives tell ARLnow. This another push back from the restaurant’s initial opening in spring 2020. Pandemic-related delays…

A 3 BD/2.5 BA home with hardwood floors, a wood burning fireplace and brick patio is included in the latest Open Houses.