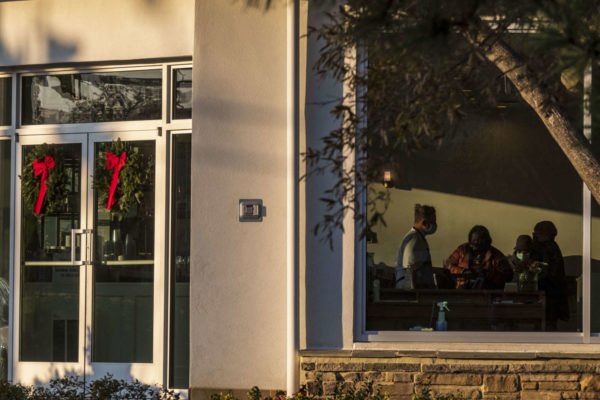 At the start of the pandemic, Arlington Kabob co-owner Susan Clementi spent 20 hours a day trying to coronavirus-proof her restaurant. She did not have time, or the financial knowledge, to navigate the Paycheck Protection Program.

When she tried to hire legal help, the application fees amounted to $5,000. Clementi realized she had to do it herself.

Arlington Kabob was denied funding, but what frustrated Clementi the most was seeing restaurants that had a dozen locations receive loans.

Her experience during the first round of PPP played out across the nation.

The Small Business Administration and the banks issuing the loans were criticized for awarding funds first to bigger companies while overlooking smaller and minority-owned businesses. For round two, the SBA opened applications for small-scale, local lenders this week, and is expanding access to all eligible lenders next Tuesday.

ARLnow spoke with a handful of restaurant owners who are waiting for the green light to apply. All of them said that if they get relief, their first order of business will be paying staff.

“Sometimes I have to go into personal money to pay my employees,” said Vince Johnson, the owner of Mexican street corn stand Shuck Shack in the Fashion Centre at Pentagon City mall. “I didn’t sign up for that.”

Sloppy Mama’s BBQ owner Joe Neuman said he would use the funds to cover wages and pay bills that he may not be able to afford in three weeks.

“We’re just trying to minimize losses, knowing that another round of PPP would be coming through at some point,” he said.

Those who applied last year struggled to navigate the application forms and process. After Neuman’s wife spent 14 hours on it, their accountant took over and submitted it at 11 p.m. the night before funds ran out, the BBQ joint’s owner said.

Jessica Yanez is in a different boat. She is preparing for the grand opening of Los Chamacos along Columbia Pike. For her, the PPP loan would help cover wages until the county issues the last permit.

“We’re trying to open as soon as we can,” Yanez said. “We have people working for us, that’s why [Arlington Economic Development] told me about the PPP program.”

Some restaurant owners benefited from the significant office population, and remote work has tanked their catering revenues. Clementi said her Lee Highway location is supporting her November 2019 expansion into Courthouse, which thrived briefly on office lunches. Meanwhile, Neuman said his restaurant’s dinner sales have increased and sustain the near-total hits to his lunch-friendly Ballston Quarter location and catering outfit.

Some owners are taking on risks in a risky time. Yanez said she and her husband, Benedicto, had an opportunity and “had to take it.”

One year after Johnson opened, he acquired a food truck to serve people who are out and about. He is still figuring out how to run a food truck, but so far, the business is not what he thought.

“We’re seeing more people in the malls. People are not really paying attention to COVID-19 anymore, sad as it is,” he said, adding that this will prolong economic instability for eateries.

Although they face many hardships, these Arlington restaurateurs are dedicated to their communities and their roots.

“We decided to open this restaurant because we know the neighborhood,” Yanez said. “It’s a good neighborhood.”

Johnson is trudging through an application and inspection process to bring his truck to military installations.

“Being a vet myself, it was part of my plan putting this together,” he said.

Clementi thanked her customers for their support and has been providing discounts and free meals to first responders.

“We have to make everyone feel stronger by being there for each other,” she said.