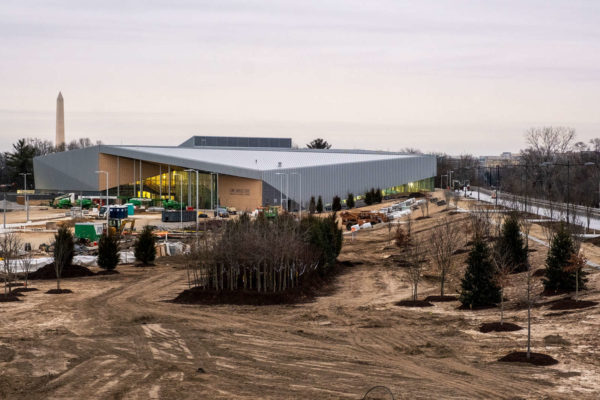 Still No Back to School Date Set — From Arlington Public Schools Superintendent Francisco Durán: “Return dates for additional student groups have not been set yet… I am committed to making these transitions as soon as it is safe enough to do so — looking not only at the health metrics, but all available information regarding health and safety, mitigation, instruction and operations — knowing that there are risks in every scenario.” [Arlington Public Schools]

N. Va. Leaders Call for Vaccine Changes — “A coalition of local governments in Northern Virginia is calling on Gov. Ralph Northam to streamline the release of COVID-19 vaccine doses and provide more transparency and equity into the process. The letter signed by 14 local government leaders was sent by the Northern Virginia Regional Commission to Northam on Sunday.” [InsideNova, Twitter]

More Buzz for Local Fried Chicken Sandwich — “A local chef is getting a lot of attention for his fried chicken sandwich… Rock Harper is the owner and chef of Queen Mother’s restaurant in Arlington, Virginia. ‘To fry chicken better than me you gotta be a woman, at least 67, and have a lace apron, if you don’t at least meet that criteria you can’t deal with me,’ Harper says.” [WJLA]

Car Flips on GW Parkway — From Tuesday afternoon: “ACFD is on scene with a crash involving an overturned vehicle on the northbound GW Parkway near Key Bridge. An additional ambulance has been requested to the scene.” [Twitter]

Preservation of Rouse Estate Still a Long Shot — “Even if Arlington government leaders get behind the effort – and that remains a big ‘if’ – efforts by preservationists to save the Rouse estate on Wilson Boulevard from the wrecking ball may simply run out of time. ‘What you have going on is a race,’ County Attorney Stephen MacIsaac told County Board members on Jan. 23, a race between owners of the estate demanding the county government approve a demolition permit on the one hand, and preservationists seeking to have the site designated a local historic district on the other.” [InsideNova]