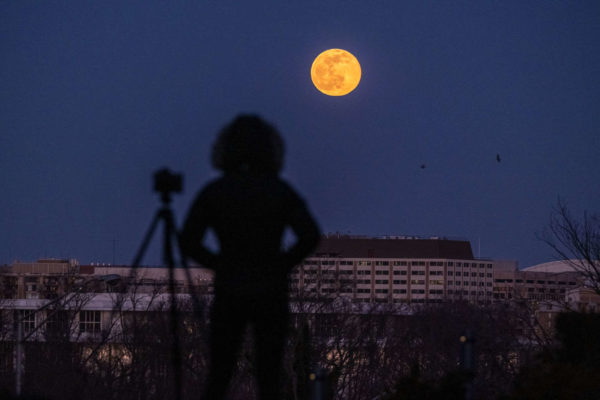 Major Snow Storm Approaching — “At the low end, about 1 to 3 inches or so would fall on Sunday before precipitation changes to a light mix or even plain rain late Sunday into Monday. At the high end, at least 6 to 12 inches would accumulate, beginning Sunday and lasting into Monday night or Tuesday, perhaps mixed with sleet at times.” [Capital Weather Gang, Twitter]

Arlington GOP Eyes Comeback — “It took the election of Donald Trump in 2016 to re-energize and motivate Arlington’s dominant, but at that point somewhat moribund, Democrats. And the election result of 2020 may have had the same caffeinating impact on the Arlington County Republican Committee. ‘I’m super-pumped… by the number [of attendees] and the level of enthusiasm,’ party communications director Matthew Hurtt said at the Jan. 27 committee meeting, which attracted a crowd of about 80 to Zoom.” [InsideNova]

Bigger Comcast Bills Surprise Customers — “Dozens of Comcast Cable Communications customers in Maryland and Northern Virginia have been reaching out to FOX 5 saying, they’re concerned about their internet and WiFi bills going up as a result of hitting the new 1.2 terabyte data threshold.” [Fox 5]

Swooning Over a Woonerf — From WalkArlington: “While still early, we were excited by the idea of a woonerf in Arlington! Woonerf (pronounced VONE-erf) is a Dutch term that means ‘streets for living.’ It describes ‘common space created to be shared by pedestrians, bicyclists & low-speed motor vehicles.'” [Twitter]

ARLnow’s 11th Anniversary — ARLnow started publishing 11 years ago today, just before a snowstorm. One year ago, we celebrated the anniversary with a big in-person event.